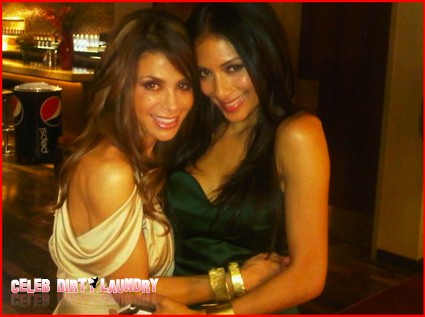 It seems that Drew Ryniewicz has some fans who are ready to kill for her – and they want to kill Nicole Scherzinger and Paula Abdul.

Simon Cowell practically begged his co-hosts Abdul and Scherzinger not to vote out Drew Ryniewicz after her seated performance of ‘Billy Jean.’  But the two judges were apparently determined to spite Simon and voted Drew off despite him taking all the blame.  Simon was visibly upset that she was in the bottom two and blamed himself for her placement. Simon took the mike and told people that it was his decision that she should sit in a chair during her performance of Billy Jean from Michael Jackson’s sixth studio album, Thriller.

As everyone knows when Michael Jackson performed this song it was with lots of movements and dancing. It is a very dynamic song and people were not expecting the crooning ballad that Drew delivered. It was a novel and brilliant interpretation of Billie Jean but one the audience was unprepared to accept.

Simon pleaded with fellow judges Paula and Nicole to give Drew another chance. However both of them chose to keep Marcus Canty in the competition. Now they are paying the price!

TMZ has the scoop: “X-Factor” hosts Paula Abdul and Nicole Scherzinger voted off the wrong contestant Thursday night — at least according to several angry Drew Ryniewicz fans … whose violent threats have Paula and Nicole fearing for their lives.

According to our sources, Paula and Nicole both got the cold shoulder from Simon Cowell after the show … who was “furious” with their decision. But that’s nothing compared to the abusive tweets and Facebook messages they’ve received. Some of the messages read:

— “F**K you paula you dumb c**t you voted off the most talented person on your f**king show. i hope you die you DUMB B***H.  I hope you die, you selfish———-  @NicoleScherzy @paulaabdul go die”

Sources on the show tell us Paula and Nicole are shocked by the harassing messages and neither has experienced a reaction so strong before.