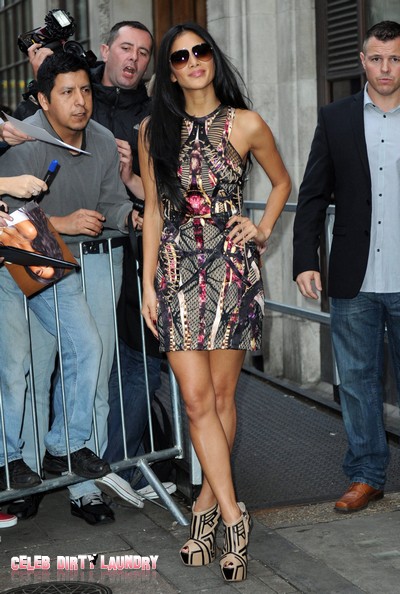 Nicole Scherzinger started counting calories when she was only 14 and quickly became obsessed with her weight and figure.  The ‘X Factor’ USA judge says that while she wasn’t anorexic or bulimic, she was way too aware of her body shape and admits it started to take over her life.

She told Shape magazine: “I started jogging and counting calories when I was just 14. I’ve been on every diet you can imagine. By the time I was in the Pussycat Dolls, I was on the scale all the time. It became my enemy because I noticed that when I exercised really hard, I’d gain weight.”

Now 33-years-old and considered a beauty, Nicole says she’s relaxed her diet and refuses to deny herself anything she wants to eat.

She said: “Now that I’m in my 30s, I’ve stepped off the scale. I just go by how my clothes fit.  I’m more accepting of my body and have learned to really embrace it. These days it’s all about finding balance. My new motto is: ‘Stay active, eat everything in moderation, and stop being so tough on myself.'”

What do you think? To me Nicole sounds as though she is still obsessed with her appearance. Sound off in the comments below.