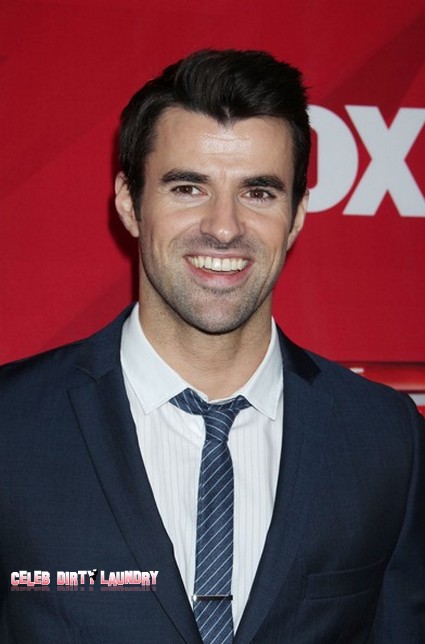 Steve Jones is the host of The X Factor USA – at least for now – and he admitted that he has the hots for judge Nicole Scherzinger. The only thing preventing the Welshman from asking Nicole out on a date is professional courtesy and probably, Simon Cowell‘s unwritten rule about no dating amongst co-stars. According to Jones he is head over heels in lust with Nicole – and according to all available sources he will not be rehired for next season’s show. As we recently reported Jones is likely to get the axe since ratings are less than one-half of what was expected.

If Jones is forced off the show then at least he will have the compensation of being able to chase after Nicole.

Now Mag quotes Jones:  ‘If I ever leave X Factor, Scherzinger’s phone will be smoking hot from me ringing it constantly,   If we’re not colleagues – oh, she’s fair game. Oh, yeah.’

Jones’ chances for being retained as host are not looking good – The New York Times called him ‘utterly irrelevant’ and the Boston Herald said he was ‘so far in the background he may as well be on another network.’

A source said: “Steve keeps saying that living in LA is a dream come true. He loves the weather and the women, and he loves working on X Factor – it’s just a shame that the US public has not warmed to him.”

“He got terrible reviews from critics when he started and things haven’t got better. There have been mistakes and he just doesn’t seem to have the knack for dealing with contestants.”

“The executives at FOX have already decided not to renew his contract and so, short of a miracle happening, it is pretty much a done deal that he will not take part next season.”

Ironically, Nicole could very well be selected to replace Jones for next season’s series, with someone new taking her place on the judges’ panel. Of course Nicole could also be fired – not everyone has been delighted with her decisions. If both Nicole and Steve get the boot then they can just settle down and get married – LOL. Of course nobody has asked Nicole how she feels about Steve yet… .