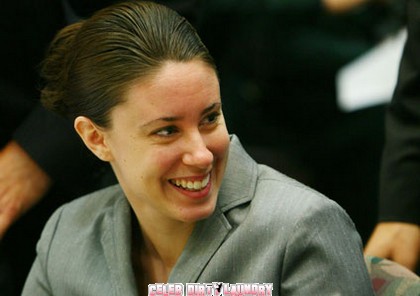 Famous prosecutor Danette Meyers says that if Casey Anthony has any hope of acquittal then she must take the witness stand and testify.  But Danette is convinced that Casey is guilty of murder

As the prosecution in the Casey Anthony murder trial prepares to rest their case, and the defense gets ready to present their side, Los Angeles Deputy District Attorney Danette Meyers, who is not directly involved in the Anthony trial, says:

“The defense has to establish what they said in their opening statements. Mr. Baez (Casey’s attorney) said that Casey was molested by her father. Casey’s father denied those allegations when he was on the stand. The only person that can establish that it did happen is Casey Anthony, period. Anthony has to impeach her father’s testimony, it has to be countered and dealt with.”

Anthony, 25, is accused of killing her 2-year-old daughter Caylee in the summer of 2008. Caylee’s remains were found in a wooded area six months later. Prosecutors maintain that Casey suffocated the little girl with duct tape while the defense claims Caylee accidentally drowned in the family’s pool, and Casey’s father, George Anthony, coerced his daughter into covering it up.

More: Why Caylee Anthony Was Killed – The Family Connection

Meyers, who has dealt with many high profile cases, including Lindsay Lohan and successfully convicting a Mexican mafia gang of ordering an execution, says the jury may have a difficult time convicting Casey Anthony of first degree murder. “That is going to be a very difficult call for the jury, whether to convict Casey of first or second degree murder,” Meyers says.

“The jury must look at all of the evidence, and take it to the logical conclusion that points to one person, Casey Anthony. From what I have heard so far, I’m convinced that Ms. Anthony did it, and that she is guilty,” Meyers reveals.

If Casey is convicted of first degree murder, she could face the death penalty.