Why Caylee Anthony Was Killed – The Family Connection 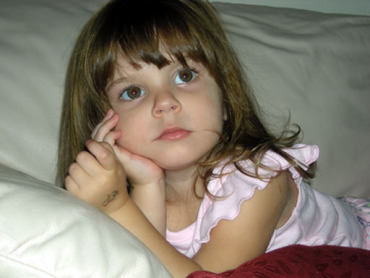 As sad as it might be and as unnecessary, all indication are that little Caylee Anthony lost her life because of the bitter war between her mom and grandma.  Grandmother Cindy’s Intense disapproval of her drug-taking promiscuous mom Casey resulted in a situation where the battle was waged over innocent Casey.

Police insiders say that a bitter tug-of-war over Casey between the accused murderer, Casey Anthony, and Grandma Cindy led to the child’s death.

Now on trial for murder in Orange County, Fla., Casey listened as a distraught Cindy testified that her close bond with the 2-year-old infuriated her daughter. Casey’s jealousy grew so out of control, says a source close to the investigation, that authorities now believe it is what drove her to kill the child.

“I’m kicking you out –and I’m keeping Caylee!” Cindy screamed at Casey, according to the source.  “Casey flew into a rage,” continued the source.   “She warned her mom that Caylee was her daughter and that Cindy would never have her.”  “You will NEVER have Caylee!”

Those were the ominous words monster mom Casey Anthony screamed at her mother Cindy during a furious fight the night before little Caylee Anthony was killed in June 2008.  Relatives have confirmed that the little girl saw Cindy as a mother figure, possibly more than she did Casey.

MORE: Casey Anthony’s Defence Claims ‘The Evidence Was Tampered With’

“Cindy was trying to take over as Caylee’s mother,” the source maintained. “She had Caylee calling her ‘Mom’ while Casey was standing there. Cindy was the first to hold Caylee when she was born, and that was a source of constant friction between her and Casey.  “Cindy called Casey an ‘unfit mother’ in fights they had.”

In the weeks prior to Caylee’s murder, Cindy had grown fed up with Casey’s irresponsible behavior and pathological lying and had sought advice from a counselor, who told her to kick Casey out of the family home. When Cindy expressed her fears that Casey would take Caylee with her – and that she and husband George wouldn’t see Caylee again – the counselor advised Cindy to seek legal custody of the child.

Tensions in the home reached the boiling point, and the situation finally exploded when Cindy learned that Casey had stolen a check for $354 from her grandfather’s nursing home account and cashed it.

For Cindy, it was the last straw, and the women again began hurling insults, threats and accusations. But while the feuding was nothing new, on this night the fight became so violent that at one point Cindy had her hands around Casey’s neck.  Casey’s brother Lee had to step in to separate the women – and Casey stormed out of the house.

“After that, Casey knew she couldn’t live at her parents’ home anymore,” the source divulged. “Casey finally had to face her future – that her mother planned to throw her out of the house and obtain legal custody of Caylee.  With her entire world crumbling and with her twisted reasoning, she decided there was only one way to get revenge on Cindy for threatening to destroy her happy, comfortable life.”

The only way Casey felt she could retaliate was to take away the one thing her mother loved more than anything – Caylee.

“Casey hated her mother,” added the source. “And for Caylee, that was a death sentence.”

It seems that Grandma Cindy did not really know her daughter well enough – also its obvious that a lifetime of mistakes and poor upbringing went into turning Casey into a killer. Trying too hard to be the good mother to little Caylee that she obviously wasn’t to Casey, Cindy lost them both.