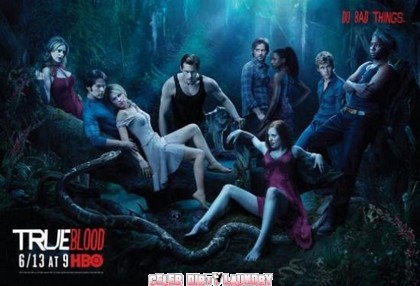 The stars of the hot series True Blood have filmed a series of comedy sketches aimed to appeal to fans suffering “withdrawal symptoms” while the hit vampire TV show is off-air.

Anna Paquin, Stephen Moyer and Ryan Kwanten are among the actors who have recorded mock public service announcements (PSAs) for “addicted” devotees ahead of the season four launch later this summer.

Kwanten jokes, “If you tell your girlfriend you don’t mind that she’s a werepanther and you love her all the same, you’re probably crazy. And you are definitely suffering from Tbw: True Blood Withdrawal… It’s the leading cause of television related withdrawal in America today.”

The promos were filmed to help promote World Blood Donor Day on 14 June and of course help advertise the show.

True Blood is so popular now that even their commercials get buzz.