True Blood Spoiler: Who Will Die On The Finale? POLL 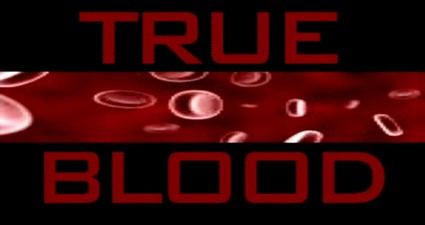 The countdown has started and the the final episode of Season 4 of True Blood is almost here.   Just before the episode we have a spoiler for you from Scott Ausiello who dished a major scoop.  He said: “By the end of the hour, the show will be down at least one series regular.”   Of course he did not mention a name but I have few ideas.  I guess that is why the final episode is called ‘And When I Die’.   I doubt it will be one of the core members meaning Sookie, Bill, Eric or Jason.  If you missed last week’s episode catch our RECAP HERE!

It could be Marnie but she is not what I would call a regular she has just been on this season.  Both Bill and Eric are intent on killing her.  Actually they already did and she is now possessing Lafayette’s body.  So she is actually already gone.

It could be Lafayette and I really hope not, that would be a huge mistake.  He is one of the best actors on the show.   However, he could be killed by either Bill or Eric as they try to kill Marnie who is possessing his body.  I vote NO on Lafayette.

It could be Marcus the packleader of the werewolf’s but again I would not call him a regular.  Wait he is already dead too.  It could be Tara and that would be a blessing.  Her over acting and her character add little to the show.  My guess would probably be Jesus, I think we could consider him a regular.  Since Lafayette is possessed perhaps Marnie in his body kills Jesus.

In the preview for the finale for “And When I Die” we see Jesus in trouble, Arlene in trouble and both Eric and Bill tied to a stake burning.  Check it out below and let us know in our poll who you think will be dead at the end of the finale!