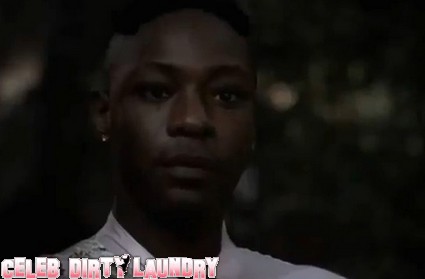 The final episode of True Blood is next week.   In tonight’s episode of True Blood there was an epic battle and it ended when Bill,Eric and the crew rush in,  Marnie’s head dude stands in front to save her and Eric proceeds to rip his heart out and drink the blood and then Bill shoots Marnie to death.  Are we done with Marnie? Not yet! As Jesus and Lafayette are in bed and Jesus is feeling bad about what he did, Lafayette sees Marnie  hovering over the bed and enter his body. The episode ends with Jesus taking on a Marnie smirk and she is back!  If you missed the episode catch our RECAP HERE!

Spoiler Alert!  In the September 11 episode the finale called ‘And When I Die’ It’s Samhain, Wicca’s greatest holy day, and spirits of the dead surface in Bon Temps, giving Sookie valuable allies to combat Marnie’s newest incarnation. Lafayette’s latest medium encounter imperils his relationship with Jesus; Jason finds confession good for the soul, but not the body; Alcide makes a heartfelt appeal to the woman he loves; Terry receives an unexpected visitor at Merlotte’s; Sam and Luna envision a storybook ending, for once; Nan wears out her welcome with Bill and Eric. Debbie confronts Sookie and Tara with deadly consequences, and the denizens of Bon Temps brace for a new crisis with a familiar face.

The video starts with someone wearing a red cape with a hood and across the video is written ‘Thought you were safe? Your past, will haunt you!”  Marnie is still alive so she will be wreaking havoc, Tara comes over to Sookie and says she’s back!  I wonder if she means Sookie or someone else?  The line about the past haunting us many mean a former character will come back.

Also in the video Jesus realizes that Lafayette is possessed and it looks like it does not end well for Jesus.  It is the witches new year the day that the veil between the living and dead is the thinnest.  We also see Eric and Bill silvered and Nan tells them ‘there has been an order issued on their heads’    Will they be saved before they are burnt at the stake?

Take a look at the video below and let us know your thoughts in the comments below!  Who do you think is coming back?