Update: Sharon Tate Was Not Wearing Her Engagement Ring When Murdered 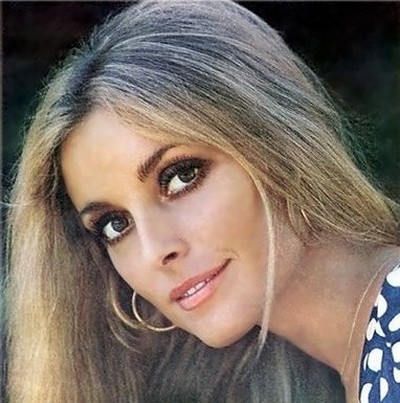 As we reported earlier, Sharon Tate‘s engagement ring, given to her by her husband, Roman Polanksi, is going to be auctioned off at the end of the month. But now Sharon’s sister Debra Tate claims that Sharon was not, and in fact could not, have been wearing the ring when she she was murdered. Furthermore, the ring in question was NOT Sharon’s official engagment ring at all.

Sharon was one of the tragic victims of the killing spree directed by Charles Manson and carried out by his Helter Skelter Family of sickos. Sharon was eight and a half months pregnant when she and her unborn child were cruelly stabbed to death along with four others at the home she shared with Polanksi.

TMZ discovered the following:  The Sharon Tate “engagement ring” hitting the auction block next week was NOT taken off the actresses’ dead hand after she was murdered … because she was NOT wearing any rings at the time of her death … this according to Sharon’s sister Debra.

Debra tells TMZ … the ring featured in an upcoming auction on GottaHaveRockndRoll.com DID belong to the actress … but she gave it away to a family friend long before she was killed by the Manson family in 1969.  Debra tells us … the ring was not an “official” engagement ring — but rather an “unofficial symbol of her relationship” with Roman Polanski. Debra says, “The ring was not Sharon’s style and she never wore it.”

Debra says Polanski later gave Sharon an “official” engagement ring — a gold and diamond band “which she treasured.  despite the auction house’s claim, Debra is adamant Sharon was NOT wearing ANY rings on her finger at the time of her death — adding, “Because Sharon was pregnant, she couldn’t fit any rings on her finger.”

It’s already in poor taste to promote the sale of the ring of a murder victim by saying the ring was worn during the murder. But to lie about it is even more disgusting – so far, there is no comment from the auction site.