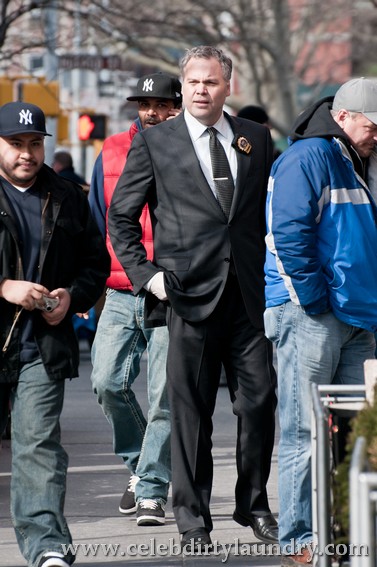 Adorable Vincent D’onofrio, 51,  was on The Set of “Law & Order: Criminal Intent” filming  in Greenwich Village, New York City March 24th, 2011.  Vincent left Criminal Intent in the spring of 2010, with his last appearance occurring in the two-part Season 9 premiere.    This is the final season for Law & Order: Criminal Intent and they intend to go out with a bang.  The 10th, and final season of the show will feature D’Onofrio returning as Detective Goren and  Kathryn Erbe as Detective Eames which is great news as far as I am concerned

They are also said to be lining up many guest stars two that have been confirmed are Neal McDonough and Jeri Ryan.  Veteran character actor Jay O. Sanders has been tapped for a major new role on the final season. He will play the new captain of the Major Case Squad and boss to Robert Goren and Alexandra Eames.