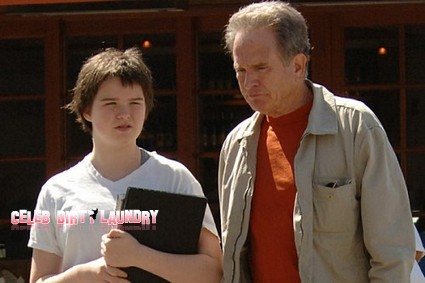 Warren Beatty led a toast on Saturday night to his transgender son, Stephen Ira Beatty, apparently coming to grips with his former daughter’s choice to live as a man.

Beatty was previously believed to have struggled to deal with his daughter Kathlyn transitioning into a man named Stephen, but to show his support for him he and wife Annette Benning took their family out for a dinner at Il Covo restaurant in Hollywood.

A source told National Enquirer magazine: “The dinner was an unofficial public display that he’s proud of his family, especially Stephen, for having the courage to be who he truly is.  It wasn’t easy for Warren. But he learned a lot about the transgender community over the past year. Warren even made an emotional toast to Stephen during the dinner and said he was proud to have such a brave son.”

However, Warren does continue to make mistakes when it comes to addressing his son.

The source added: “Warren never stopped loving his child, but he had plenty of issues and fears to overcome.  The bottom line is he missed his little girl. But he’s finally resigned himself to the fact that one day Stephen will probably have gender reassignment surgery and legally become a boy.  Warren still slips up and calls Stephen ‘her’ or by his birth name Kathlyn, but the bottom line is he’s totally onboard with his child’s new lifestyle.”

As a baby, a tiny dark-haired bundle, she appeared at the Golden Globe awards in 1991.

Her mother, the actress Annette Bening, brought her along to see her doting father, Warren Beatty, who had been named Best Actor for his role in the film Bugsy.

It was a high point for Beatty, who even then was 54. After decades as probably the most infamous and prolific seducer in Hollywood, here he was, a family man at last.

Although he had not long since had an affair with Madonna and had slept with an estimated 12,000 women – everyone from Julie Christie to Natalie Wood, Joan Collins, Janice Dickinson to Cher – he said at the time that he was deeply fulfilled to be a father.

‘I was a little surprised at the surprise people expressed,’ he said, adding: ‘I do not want to be corny, but it does fill you with a kind of optimism that nothing else equals.’

He and Bening married soon afterwards and went on to have three further children, Ben, Isabel and Ella.

Kathlyn, the eldest, had been named after Beatty’s beloved mother, a drama teacher and fervent Christian.