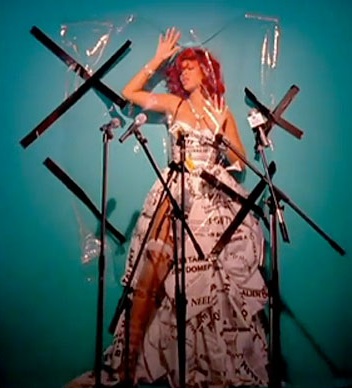 The video is basically a fetish video. Rihanna is raising the bar while Rihanna’s peers and rivals led by Lady GaGa is always out there over the top with this S&M video Rihanna has tied up her competition by going further than any leading pop star to date.  In many jurisdictions this video would be classified as hard core pornography and absolutely forbidden.