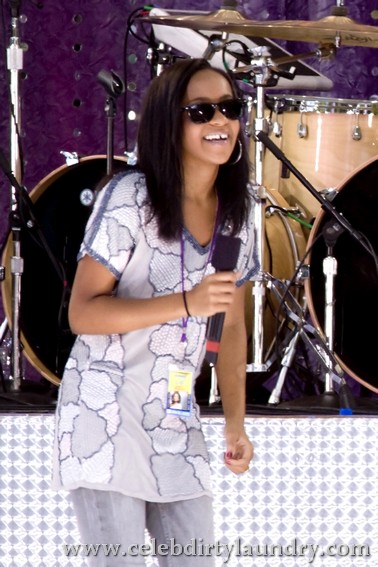 Guess which scandal-ridden spoiled little girl is all set for her own reality show?  That’s right – Bobbi Kristina of cocaine and sex video infamy, daughter of burnout Whitney Houston and lowlife Bobby Brown!

Bobbi tweeted: “PS EVERYONE ! Guess what ?! _ we are currently in the process of meetings about starting my very OWN! RealityShow!!”

Her megastar parents also starred in their own controversial reality series, Being Bobby Brown in 2005.  In 2009, Whitney came clean about her own losing battle over the years with drug addiction.

The National Enquirer published pictures of 18-year-old Bobbi allegedly snorting cocaine amid rumors of a drug problem, something she later vehemently denied, claiming she was “set-up” by an ex-friend.

But that doesn’t seem to bother the young up-and-comer as she looks forward to the future.

“The world needs 2know me 4who I REALLY am_ U all will get 2see my everyday living_ walk with me thro startin my career. . EVERYTHING!”

What about this waste of space makes her think that she has a career to start?