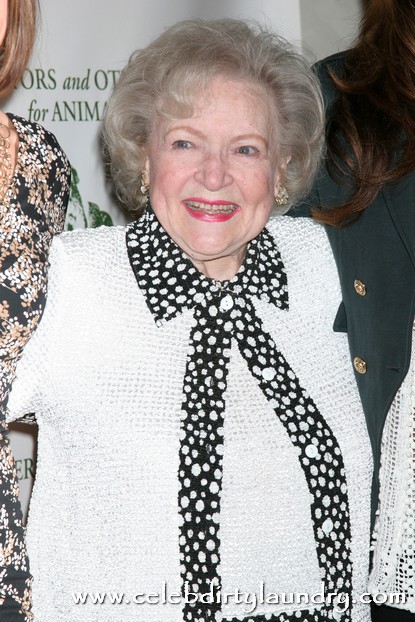 Betty White started this battle by telling London’s Daily Mail that ‘cannot stand’ celebs like Lindsay Lohan and Charlie Sheen. Now Lindsay Lohan, 24, and Betty White, 89, have traded barbs in what has to be the oddest tiff to hit Tinseltown in a while.

White reportedly said: “They party too much, don’t learn their lines, are unprofessional and they grumble about everything.”  “I think they are terribly ungrateful. I cannot stand the people who get wonderful starts in show business, and who abuse it. Lindsay Lohan and Charlie Sheen, for example, although there are plenty of others, too. They are the most blessed people in the world and they don’t appreciate it.”

When asked about White’s comments, Lindsay responded “Wow – I’ve always been a fan of hers – It’s just a bit strange when people feel they must speak publicly about others. Especially a grown woman.”

White’s comments, according to the Mail’s article, came after she was asked her opinion about “today’s celebrities.”  So far, Sheen has not tweeted or otherwise responded to White’s comments.

Meanwhile, Lohan – carrying a stylish orange Hermes bag to match her scarf – arrived in The Big Apple Monday night, since in between court appearances, Lindsay has been traveling back-and-forth from L.A. to New York, where she was born and raised.