Whitney Houston And Daughter Bobbi Kristina Send Each Other To Rehab! 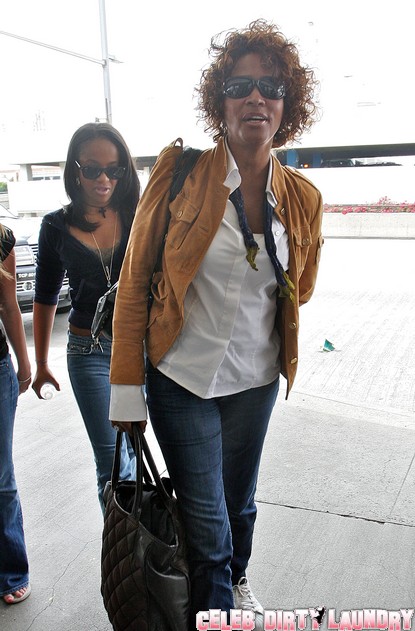 If there was an award show for the most dysfunctional of celebrity families then Whitney Houston and her daughter Bobbi Kristina could count on winning.  According to The National Enquirer in a wild confrontation in which Whitney threatened “If I go to rehab, you’re going, too!” daughter Krissi bellowed right back at her relapsed mother that she wasn’t going alone!

Bobbi Kristina was photographed snort­ing cocaine earlier this year and Whitney has a long history of substance abuse.  Now both mother and daughter have checked into separate rehab facilities in Malibu to get much needed treatment fo their addictions.  “You’re ruining the family name!” Whit­ney screeched during the recent blowout. “Whether you like it or not – you’re going to rehab!”

But Bobbi Kristina, who knows all about her mother’s struggles with booze and drugs, yelled back angrily: “What about you? You’re the one who’s destroying us! You’re the one who’s a mess!  “If you can do drugs and booze, so can I! Now you’re demanding I go to rehab. If I go, you’re going, too!”

In March, photos of Bobbi Kristina snorting cocaine hit the net and on April 1 the drunken teen was involved in a 4 a.m. gun brawl in Georgia that resulted in her being charged with possession of alcohol as a minor.  She is scheduled to appear back in court on May 24 and faces six months in jail.

“I think Krissi has a serious drug problem while Whitney has a problem with both drugs and booze,” said a family insider. “Whitney will mix drugs and margaritas.” According to the source, mother and daughter are outpatients at rehab centers in Malibu that are 15 miles apart.

The facilities allow Whitney and Bobbi Kristina to go home at night rather than keeping them under con­tinuous supervision – and how effective will this be?  When treatment is com­plete, Bobbi Kristina will continue working on a reality series that Whitney arranged for her, said the source.

Whit­ney is scheduled to executive-produce a sequel to “Waiting To Exhale,” one of her movie hits. She’s also planning to record the soundtrack.

“But nothing can start on the movie till Whitney gets her act together,” added the insider. “Now that Krissi and Whitney are getting help together, there is finally some hope that they will get clean and sober.”

Getting clean and sober is one thing – staying that way is quite another.