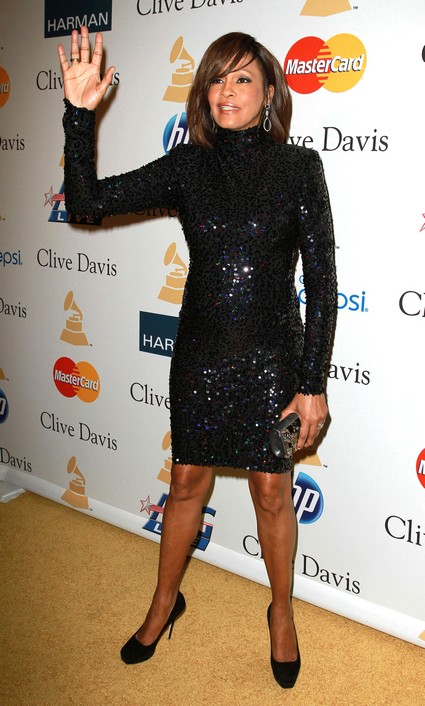 After Whitney Houston’s recent failure at returning to the spotlight through a live performance tour one would think that the star would realize that it is all over but the crying.  But no – there are still those greedy producers who want to wring a few more dollars out of burned out Whitney.

Alas, Whitney is in talks to make her big screen comeback in a reboot of the 1976 musical movie ‘Sparkle.’  Whitney has not done a film since she starred in the 1996 hit ‘The Preacher’s Wife’ alongside Denzel Washington.

‘Sparkle’ is the story of three Harlem-based sisters who form a musical group in the 1960s.  ‘American Idol’ winner Jordin Sparks has already agreed to star in the film.

Whitney had a major success with her debut film, ‘The Bodyguard,’ in 1993 and should have gone on to be just a big in film as she was in music. There was no upper limit to Whitney’s potential in showbiz. But like her singing career, her ability to work in film was sacrificed to addictions.