BY Sean O'Brien on November 2, 2011 | Comments: one comment
Related : Dancing With The Stars Season 13, David Arquette 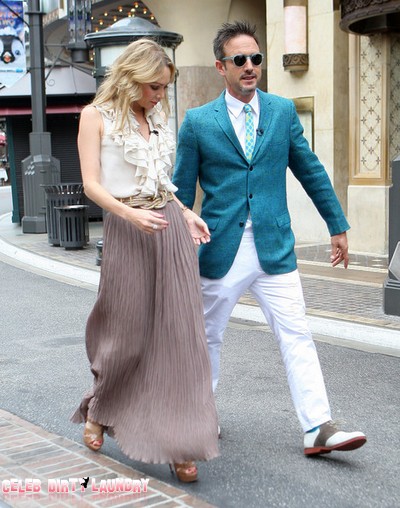 David Arquette and his professional dance partner Kym Johnson were something of a surpirse elimination from ‘Dancing with the Stars’ – after coming in second from bottom of the leaderboard and impressing the judges with their vampire-magician themed cha-cha-cha.  David’s performance video here!

David took the result well and was not too down about having to leave the competition – and revealed he planned to continue dancing.

He said: “This whole thing has been incredible. I came here to get to know more about myself, face my fears, entertain people and to let America get to know me better. And dance. I would love to do Broadway.  You’re playing a character, and it’s a whole different level of performance.”

“I actually do feel like a different person physically, but mainly mentally.  It’s been a really great experience, and it’s brought a lot of joy into my life.”

However, the decision to vote David off was greeted by boos from the audience and disappointment from the judges, when lawyer Nancy Grace – whose performance had been described as “wooden” was saved by the viewers at his expense.

Justin Bieber performed his single ‘Never Say Never’ on the results show and also sang ‘Fa La La’ with Boyz II Men to promote his Christmas album ‘Under The Mistletoe.’ Justin had no comment on the paternity suit filed against him by Mariah Yeater.