Why Does Kim Kardashian Date NBA Giant Kris Humphries? To Make Herself Appear Slim And Petite! 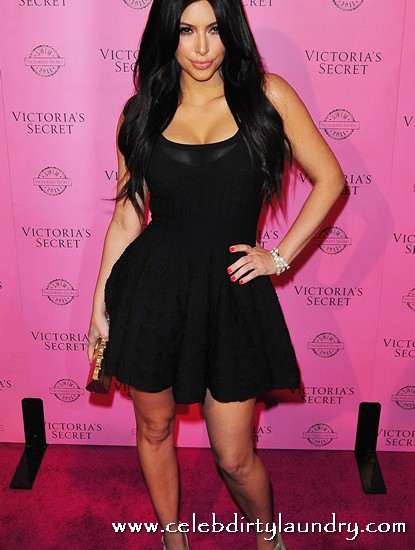 Kim Kardashian would do anything to appear more attractive.  She has had tons of cosmetic surgery and everything else that money can buy in her attempt to fit her vision of beauty.  But that fact remains that Kim is neither petite nor slim so her solution was to hook up with a giant boyfriend and she admits this while talking to Jay Leno!

The Kourtney and Kim Take New York! star admitted on NBC’s Tonight Show with Jay Leno that being with 6ft 9ins Humphries had reversed her previous ideas on dating a tall man.

“I was really afraid of [tall guys]; they freaked me out!  They always looked really awkward!  Even when Khloe met Lamar [Odom], I said, ‘Don’t stand up.  It really scares me’,” she explained on Thursday’s show.

“I’m the biggest hypocrite because now I feel so tiny and small and so protected,” she added. “It’s the best feeling in the world to be with a really tall guy. You feel so safe all the time – and skinny and tiny!”

As for how the couple met, she told Leno that mutual friends set them up on a group dinner date after she admitted to finding Humphries attractive while watching a New Jersey Nets game last year.

Kardashian – who previously said that Humphries has to pick her up to kiss her because of her relative shortness – was on Jay Leno alongside sister Kourtney.

Must be so heartwarming for Humphries to hear what purpose he serves in the fame obsessed Kim’s life.