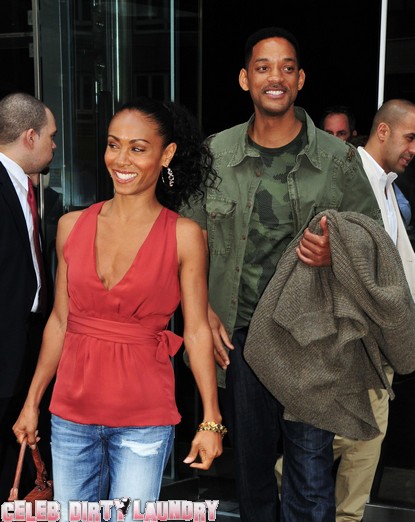 Earlier today, reports went swirling across the internet, claiming that Will and wife Jada Pinkett Smith were separating. In Touch Weekly was first to report the news, citing an unnamed insider.

We were waiting for the official confirmation of the sad news from either of their reps, but none was forthcoming. Instead, we’ve learned from Will’s son, Trey, that the rumors are not true.

He took to his Twitter account to say, “Did #WillandJada split? No they did NOT split! False information … its not true RETWEET!!! Everyone can think what they want … even if its not true.”

There were even rumors making the rounds that Jada was hooking up with her HawthoRNe co-star, Marc Anthony. To that, Jada’s rep said, “All the rumors regarding Marc Anthony and Jada are false. Completely untrue. As for Will and Jada, I’m not commenting on their personal life.”

Marc’s rep added, “We unequivocally deny this. Enough is enough. There are families involved, children involved, friendships involved. This is NOT true.”

Update: Will and Jada have issued a statement, flatly denying reports of any separation. They said, “Although we are reluctant to respond to these types of press reports, the rumors circulating about our relationship are completely false. We are still together, and our marriage is intact.”