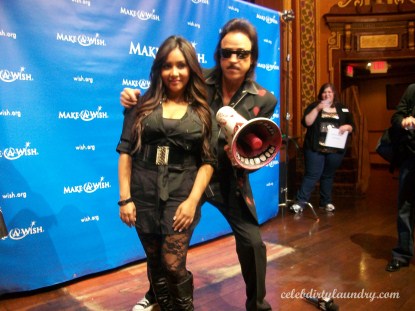 These never before seen pictures of WWE Legend “The Mouth of the South” Jimmy Hart and Snooki taken at the Make-A-Wish event at Wrestle Mania 27 in Atlanta captured an exciting moment for both celebrities.

Jimmy Hart was hosting the Make-A-Wish event with Snooki and Drew Carey.  After realizing Jimmy Hart was there, Snooki approached Jimmy saying her boyfriend was a huge fan and asked if she could take some pictures with him.  MTV’s “Jersey Shore” star Snooki was one of the top celebrities set to appear in the ring at this year’s Wrestle Mania, and it came with all the hype that Snooki generates.  Snooki was excited to work this event with a legend like Hart, especially since her Boyfriend was a huge fan of his career growing up. 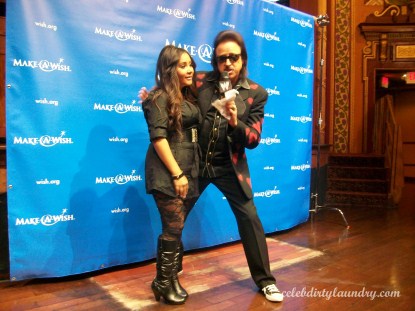 The Legendary Jimmy Hart was the famed manager of Former WWE Intercontinental Heavyweight Champion “The Honky Tonk Man“, Former WWE Tag Team Champions “The Hart Foundation”, WWE Icon Hulk Hogan and other top name super stars.  In addition to his historic career in Pro Wrestling, Jimmy Hart was the founder of the Gentry’s and lead singer on the song “Keep on Dancing” from 1965.

“I was overjoyed to meet Snooki, and honored that she wanted to meet me” says Hart and added “She did an amazing job at the event with those kids, and watching their faces light up with smiles when she came by made the night all worth while.”