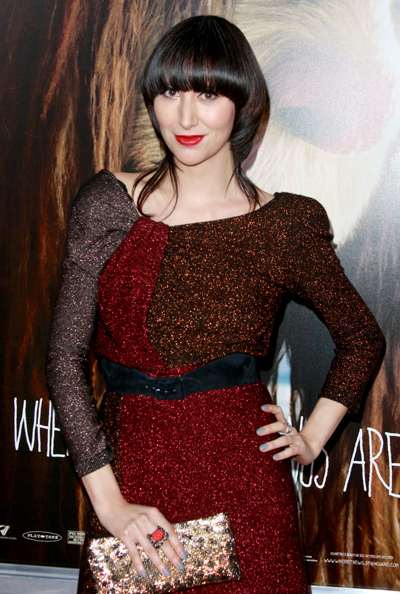 “I’m a married woman!” gushed the 33-year-old rocker to US Magazine.

Karen, who recently covered a Led Zeppelin song for The Girl with the Dragon Tattoo soundtrack, reportedly met her husband while working together on the Yeah Yeah Yeahs’ 2009 music video for the single, “Zero.” (Karen clearly must have a thing for directors, as she previously was involved with director Spike Jonze as well.)

The singer, however, may not have much time for a honeymoon, as the musical trio is reportedly back to work in the studio working on a new album. Somehow, we don’t think her new husband will mind though, especially if it means that he will have first dibs on directing his wife in future videos!