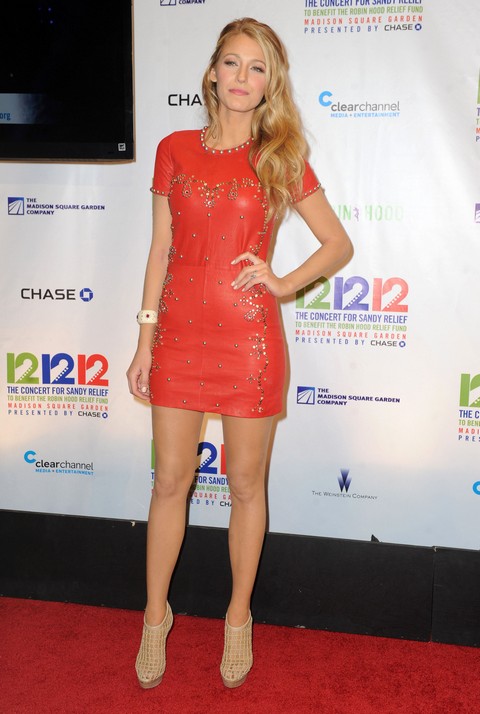 Mick Jagger referred to last night’s 12-12-12 Concert benefiting  those hit hardest by Hurricane Sandy as “the biggest collection of old English rockers in history” and he pretty much hit the nail right on the head. It was clearly a classic rock loving crowd that poured into NYC’s Madison Square Garden and jammed for six hours to great hits by even greater acts that featured Paul McCartney, Roger Waters, Eric Clapton and Billy Joel.

Good ole’ Jersey Boy, Bruce Springsteen and his E Street Band opened the show with a rousing rendition of Land of Hope and Dreams and then performed a set which included fellow jersey Boy, Jon Bon Jovi.  C’mon, anything benefiting the NY/NJ area is going to include these two great bands. That goes without saying!

Coldplay’s Chris Martin took a moment to joke during his otherwise very serious set.  As he got ready to bring a guest onstage he told the crowd, “I know you really wanted One Direction, but it’s way past their bedtime,”” The guest was the legendary Michael Stipe who joined Coldplay to sing his classic hit with REM, Losing My Religion.

One of the highlight’s of the night was Paul McCartney doing what seemed to be impossible- he reunited the living members of Nirvana onstage to debut their new single, Cut Me Some Slack.  As a fan of Nirvana way back when, it was great to see a reunion of sorts, but definitly not the same without Kurt Cobain. But then, how could it be when he was the original voice and face of the band?

Another memorable part of the show was watching Kanye West try in vain to pump up the clearly rock-oriented crowd. I think he left blood, sweat and tears on the stage during his 20 minute set and the crew still didn’t leave as new fans of his!

The show itself was beamed across the globe to a reported potential audience of 2 billion. The benefit filled MSG less than two months after Sandy wiped out the New Jersey shore and brought a destructive wall of water into lower Manhattan. To help those still struggling to recover, some of the globe’s biggest music acts filled the air with songs of hope and recovery all in a huge effort to raise money to help the devastated areas to rebuild and recover. Did you tune in? What were some of the highlights for you? Tell us in the comments below!