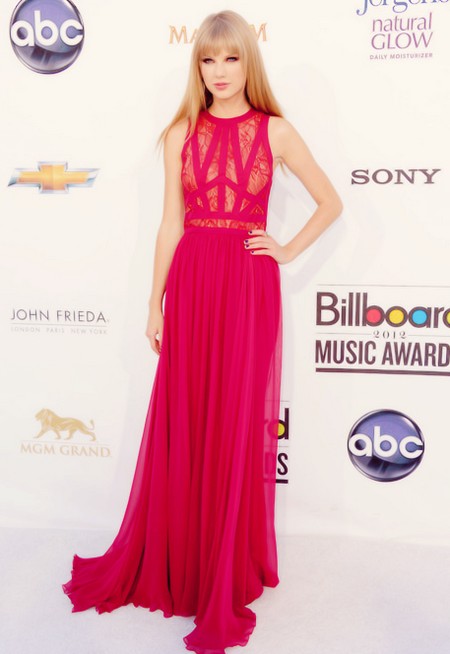 The 2012 Billboard Music Awards is being held at the MGM Grand Garden Arena in Las Vegas and we have all the 2012 Billboard Music Awards red carpet arrival photos for you.  Tonight’s show is being hosted by Modern Family’s Julie Bowen and Ty Burrell.   Whoopi Goldberg, Swizz Beatz, Charlie Sheen, Jason DerŸlo, Zooey Deschanel and Kris Kristofferson have been announced as presenters.

Finalists for the “2012 Billboard Music Awards” are based on key fan interactions with music, including album, single and digital sales, airplay, touring, streaming and social interactions on MySpace, Facebook and many of the other most popular online destinations for music. The awards will be based on the reporting period of February 28, 2011 through March 1, 2012.

Katy Perry is to debut a revealing new tune about her break-up with ex-husband Russell Brand at the show.  She will perform Wide Awake from her latest album at the ceremony.

Meanwhile Whitney Houston is receiving the Millenium Award at tonight’s show and either Bobbi Kristina or Pat Houston will be accepting the award and making a speech.  Apparently, there is a lot of drama going on deciding who is going to do the accepting.