A First Look at the NEW Munsters (Photo) 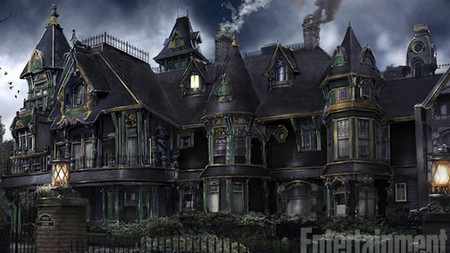 Many fans have not been very supportive of Bryan Fuller’s new reboot of the classic monster comedy show, The Munsters, which has been renamed Mockingbird Lane. The new show is going to be more serious compared to the original.

So far cast in the Mockingbird Lane, is Eddie Izzard as Grampa Munster and Charity Wakefield as Marilyn, sadly there’s no more information on any other cast members. Here’s a picture of the new Mansion and holy sh*t it looks way better than what I was expecting it to be, for some it looks like something Tim Burton would have created himself, either way it looks very good.

In an interview Bryan Fuller said “I always loved the original and was much more a Munsters child than an Addams Family child. The Munsters were the more relatable family. The Addams family looked normal but they acted weird and were sort of mal-socialized in a way. The Munsters were a more functional, sane family unit, they just looked different. [The shows] were almost inverses of the same idea. Obviously, Addams came first, and then The Munsters took advantage of the Universal monsters and what they brought to the table. What excited me was to tell this story — and it’s going to sound strange in regards to this property — in a grounded, more realistic way.”

He also added more about the new Mansion “We’re not doing bolts in the neck and Bela Lugosi. It’s almost the Real Housewives of Transylvania. These are a blinged-out representation of what monsters would be doing if they lived in our society today. How they would look, how they would interact. Our wardrobe is heavily influenced by Alexander McQueen and his use of animal textures. For instance, with [the vampire] Lily, all of her wardrobe comes from nature. The first time we see her nest of spiders weaves her dress on her body as she’s standing there. We’ll see ravens come in and assemble her blouse out of their feathers. We won’t see animal skins because the animals are donating as opposed to dying for it. She has domain over nature and nature has a fantastic esthetic.”

For those of you who are skeptical on how this is going to turn out, you should just wait and see what happens. So far the Mansion looks nice and I don’t think Bryan Fuller will ruin this like Michael Bay has ruined Teenage Mutant Ninja Turtles!