A Look at Colin Farrell’s Career – Will He Always Be the Failed One-Hit Wonder? 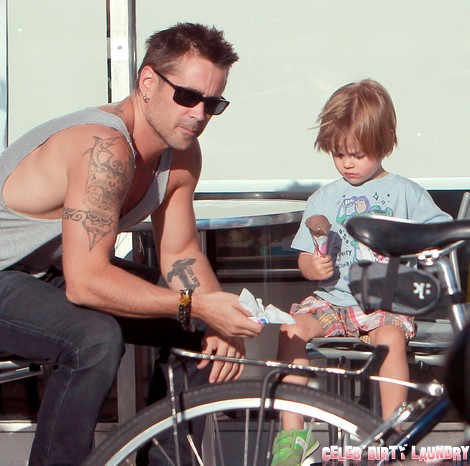 Colin Farrell has been a cinematic tour de force ever since he came to fruition in the 2000 sleeper hit, Tigerland. His films have ranged from magnificent box office success to some of the biggest film flops in recent cinematic history. This is what has set Colin Farrell apart from the garden variety actor in Hollywood – his quixotic lust for acting and his “buggering” of the rest. Farrell has been the wild child of cinema, with reports of him being difficult to work with, partying until moments before he was required on set and being one of the foulest mouthed actors since Val Kilmer.

Not only has Farrell been one of the most mesmerizing stars in recent cinematic years, but he has also been the bad-boy and the heartthrob with his brooding dark looks. Farrell went from a career peak to an absolute post-nuclear fallout after his difficult behavior did the rounds in the industry, but somehow the resilient actor picked it up again, after the birth of his two sons – James, born to American model Kim Bordenave in 2003, and Henry, born in 2009 to Polish actress Alicja Bachleda, who was also his co-star in Ondine. James was born with a rare disease called Angelman Syndrome, which has given Farrell both perspective and a gentler approach to his life and career.  Farrell recently spoke in a Guardian interview and said about his sons, “My first-born was three years of age before I made anything that I would even pretend was a mature decision,” he says. “So I can’t say that fatherhood immediately changed me. But I’m different to what I was yesterday, and life is quieter now for me than it was a few years ago. I’m cool with that. I love my kids. I’m crazy about them.”

The Guardian touched on past misdemeanors, specifically the reports about his alcohol and drug abuse. He said, “”It’s helped to stay away from cocaine and whisky. Life moves in cycles. I’m not going to say there was a particular day or time [when things changed], or even that I’m a different man. I enjoy the work more, I enjoy being a dad more, I enjoy doing things that I never thought I’d enjoy.”

The at times infamous Irishman is starring in the remake of Total Recall, reprising the role of Quaid, which was made famous by Arnold Schwarzenegger back in 1990. The film is said to not be a direct re-working of the original, but a new-generation Total Recall, for an entirely different audience. Several film reviewers have drenched the film in dirt for the lack of familiar elements that made the film a cult classic 22 years ago. It currently also holds a 31% “Rotten” rating on the film review aggregator Rotten Tomatoes.

The actor spoke out about his film career and said, “I was having too much fun and being too loud about it. I’m not saying that my hand was totally forced but, of the work that then presented itself; I did the most interesting jobs. They were not all particularly good films, and not of all them worked. Cassandra’s Dream didn’t do so well and Pride and Glory didn’t do so well, critically. But then In Bruges did. No one saw Ondine, but I love it.”

Yes, Farrell’s career has had more hits and misses than a dump truck driven by a Kardashian, but what sets Farrell apart from the rest is his resilience, because most actors who have failed so many times in their careers, usually resign to the graveyard of television and attempt to rebuild their careers through Emmy Awards and Golden Globes, but not Farrell. He has been attacked by film critics for several of his performances, most notably for his naivety and downright stupidity in A Home at the End of the World. We are not too sure whether Farrell will be able to relive his past glory of Tigerland, S.W.A.T and In Bruges, but we’re certain Total Recall will not be Farrell’s ticket to become a critical darling. Luckily, for Farrell, he will be starring in the much-hyped 2012 film Seven Psychopaths, which has already reached viral status on the internet. He will be starring alongside the incomparable Tom Wilkinson and the ever-brilliant Christopher Walken.

Will this film finally be his ticket to reach another career peak? Will he be able to use the momentum of Total Recall in order to flourish as an actor? We will be watching Farrell’s every move and who knows, maybe one day we might be classified as stalkers? Until then, Farrell is one of the most interesting, most gripping and most hardcore actors to date.