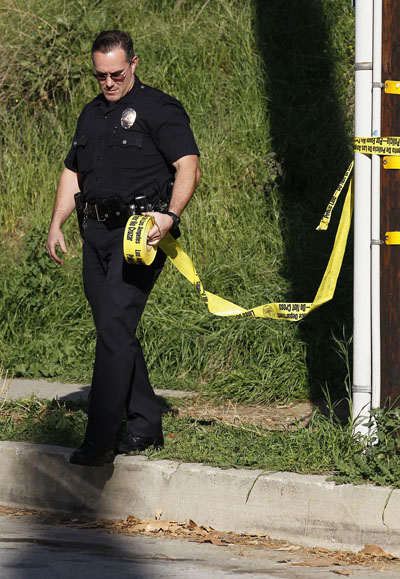 First, a dead body is found on Queen Elizabeth‘s estate. Now, a severed head and hand are discovered down the road from Brangelina’s Hollywood home. What is going on in the world?

According to X17, police even talked to Brad Pitt and Angelina Jolie‘s bodyguard about the investigation, since their house is just a hop, skip, and a jump away from the crime scene in Bronson Canyon.

Reportedly, a severed head of an unidentified man of Armenian ethnicity was found earlier this week by two dog walkers, who were hiking on a trail underneath the famous Hollywood sign. Later, a cadaver dog also discovered a severed hand that’s also believed to belong to the victim.

Considering that Brangelina was in town on Sunday for the Golden Globes, and the fact that they have taken their kids to play at Bronson Canyon, the news of a murder so close to home probably doesn’t make them happy!