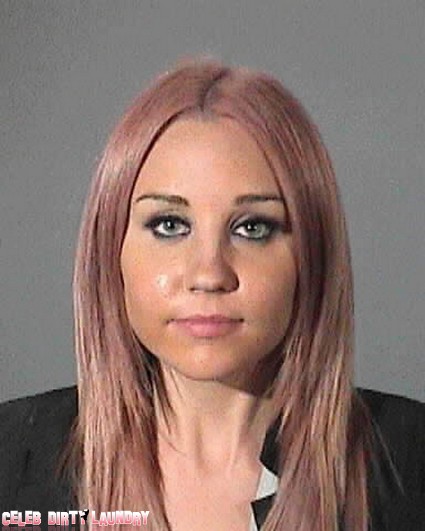 Is Amanda  Bynes the next Lindsay Lohan? The 26 year old has been charged with driving under the influence in Hollywood after side swiping a Cop car.

According to Gossip Cop her black BMW made contact with a patrol car around 3am yesterday at the intersection of Robertson and Santa Monica Boulevards. The Police statement says “There was minor paint transfer damage to both vehicles. Amanda Bynes was subsequently arrested for driving under the influence and booked at West Hollywood Sheriff’s Station‘. She was in custody for several hours before posting $5,000 bail. In this mug shot she does look a bit like the woman everyone is comparing her to  – one Miss Lindsay Lohan!

To make matters worse – this is not her first run in with the law in recent times. Last month she was pulled over by police in Los Angeles for talking on her cell phone. She’s not a model driver behind the wheel. And if she acts like this again she might not have a license to drive!

Amanda’s career has been on the slide the last couple of years. In 2006 she was one of Teen People’s 25 Hottest Stars Under 25 – but the film roles have dried up. It’s been a few years since  Hairspray and She’s The Man. Times must be tough when you’re not the ‘it girl’ anymore.

But she’s not the first celebrity to be busted for DUI. She joins a list featuring former 80s heartthrob Rick Springfield, Estella Warren, Heather Locklear and Nicole Richie. Only last month Bobby Brown Arrested for DUI.