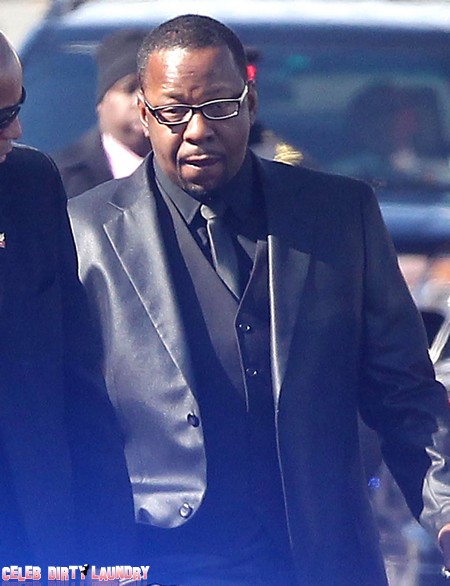 Bobby Brown has just been arrested for suspicion of driving under the influence of alcohol – DUI – and is in jail.  Bobby was pulled over in Los Angeles at 3:30 PM EDT for driving while on a cell phone.  But when the cops checked him out they noticed that he appeared inebriated.

Bobby is a long term alcoholic and drug fiend with a criminal record.  Despite this, he is not responsible for Whitney Houston’s drug addiction.  Whitney was already hooked on drugs when she met Bobby.

The people close to Whitney are not doing very well.  Bobby is jail and their daughter, Bobbi Kristina, is dating her stepbrother who is Whitney’s former drug dealer!

TMZ has the scoop:  Bobby Brown has just been arrested on suspicion of driving under the influence … TMZ has learned.  Law enforcement sources tell TMZ, Bobby was pulled over in Los Angeles at 12:20 PM PST for allegedly driving while talking on a cell phone.

We’re told 43-year-old Bobby is currently in custody in Van Nuys jail. It’s unclear what substance cops believe Brown had been using before he got behind the wheel.

Whitney Houston’s ex-husband already has a DUI conviction on his record stemming from an arrest in Georgia in 1996. He eventually pled guilty to DUI and served 8 days in jail.

Lots of bad karma with this family.