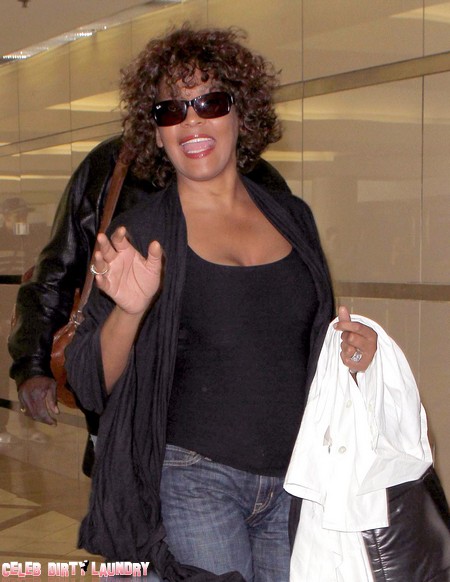 The man who supplied Whitney Houston with drugs for years is now dating her daughter, Bobbi Kristina.  What’s worse is that little Bobbi Kristina is telling her pals that the she is pregnant with Nick Gordon’s baby.   Friends and family of the late Whitney are even concerned that Bobbi K might elope with her step-brother.

These shocking revelations are exposed by The Enquirer’s exhaustive investigation which is contained in the April 2nd Print Edition.  It appears that Bobbi Kristina is in the clutches of an evil panderer who will lead her to her ruin.  Just like Whitney was hooked up with her destructive dad, Bobby Brown, for years.

It seems that for the past four years Nick has used Whitney’s money to provide both Bobbi Kristina and her mom with a ‘killer cocktail of narcotics.’  Nick has provided drugs, including cocaine and prescription pills, to Bobbi K, Whitney Houston’s Drug Dealer Now Dating Bobbi Kristina and marijuana to both mother and daughter.

An insider close to the couple claims: “Nick has always been supplying Krissi with something to get her high. “First he brought her the grain alcohol Everclear when she was underage.  She used to mix it with Sprite or 7-Up.  Starting between 2008 and 2009 Whitney let Nick use her ATM card to withdraw money so he could buy marijuana for Krissi and her.”

I also remember Nick finding a supplier who’d sell him prescription drug Adderall for $5 a pill.  Krissi was taking lots of them every day.  But Whitney had no idea that Nick was also using her money to supply Krissi with cocaine.”

Another insider says: “Nick eventually began supplying Krissi with cocaine.  We often drove to the supplier’s apartment in Alpharetta, where Nick used Whitney’s money to buy eight-balls of cocaine.  Krissi was hard-core into cocaine.”

So the man who Whitney ‘son’ and called her ‘Mom’ is now involved in sexual relationship with Whitney’s daughter.

Whitney’s mom, Cissy Houston wants Nick gone.  She and other family members know that Nick is a leach who will push Bobbi K into marriage so he can live of her inheritance.

The family has warned Bobbi Kristina against rushing into marriage with Nick but she is not listening.

The source says:  “Krissi is very headstrong.  If she wants to get married and have a child while she’s still a teenager, she’ll do it.”

What do you think?  Is Bobbi Kristina in the clutches a man who will bring her down?  Should she be put under conservatorship before it is too late and she winds up like her poor mom?  Let us know what you think in the comments below.