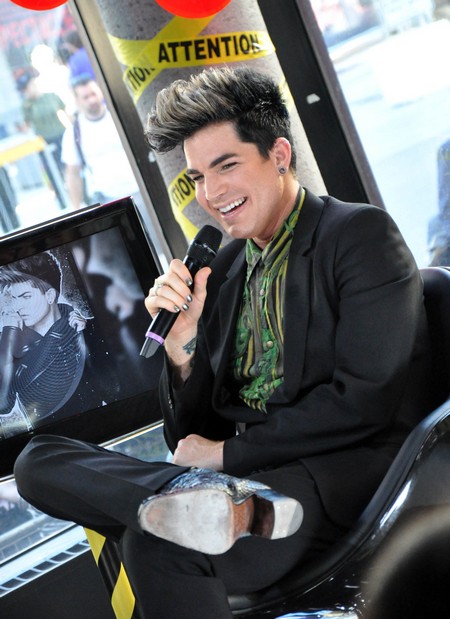 American Idol needs an overhaul. Adam Lambert might be just what the show needs.  Jennifer Lopez is an average judge on the show. She has limited facial expressions and there are rumours that she built a crying room near her office. Steven Tyler is like a victim of an intense nervous breakdown and stammers through his judging like a failed poet with a penchant for LSD. Randy Jackson’s sarcastic one liners and attempts at being funny turned the show into a snot fest of macabre lingo like the drunken guy at the office party who drank milk shots while being lactose intolerant.

Enter Adam Lambert – a reincarnation of Freddie Mercury and a god of tight pants and Castrato vocals.  Rumours have been rife that Jennifer Lopez will be leaving the show and will not return for a new season. According to E! News, “Jennifer Lopez doesn’t intend to return to the show, though a source says, ‘I don’t know if they can afford Jennifer, but they have let it be known that she has a guaranteed spot if she wants it.'”

E! News also reports that the future of Randy Jackson and Steven Tyler will also still be discussed.  Adam Lambert is no stranger to the massive reality talent show. He came second in his season and lost out to Kris Allen amid controversy. Adam recently did a short tour as the front man for Queen and garnered rave reviews.

We think Adam Lambert will be a jolly good addition to American Idol.  What do you think readers? Should Adam Lambert get a job as one of the judges? Will you be watching?