Alec Baldwin To Be Arrested By New York City Police? 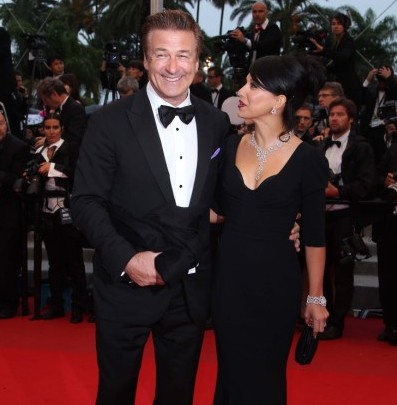 Alec Baldwin punched a photographer this morning and should probably be expecting a knock on the door from New York policemen soon. TMZ reports Alec was in the process of acquiring a marriage license for his upcoming wedding to fiance Hilaria Thomas when he unleashed his fury on New York Daily News photographer, Marcus Santos.

There are two stories here. Santos said Baldwin started freaking out on him to back up – which he did – but obviously not to the 30 Rock actor’s liking because Baldwin decided to charge. “He comes after me, starts shoving and punching me — one time, right in the chin,” he said.

Sources in Alec’s camp told TMZ that was not the case at all. Alec said Santos almost hit him with his camera so he pushed him away – he did NOT hit him. Luckily for us, another photographer was there and caught most of the action. You can check out the photos here.

Alec didn’t waste time going on the defensive. He took to Twitter right away to proclaim his innocence. He tweeted, “A ‘photographer’ almost hit me in the face with his camera this morning #allpaparazzishouldbewaterboarded.”

That’s actually pretty funny. And that’s not all. He also tweeted, “I suppose if the offending paparazzi was wearing a hoodie and I shot him, it would all blow over…” and “The photographer who assaulted me has (belatedly) gone to a hospital claiming injuries. Colin Myler and his NOTW scams come to NY…”.

This isn’t Alec’s first rodeo. He knows charges will get filed.

Look, I don’t know what happened, but I do know Alec has demonstrated he has a massive temper, yet always seems to be innocent. He gets in a lot of altercations, but it’s always someone else’s fault. Was the photographer too close? Probably. Did that warrant charging like a goddamned silverback gorilla? Probably not.

Is it safe to say that Alec has anger issues or do you think his behavior against the prying press is warranted?