Amanda Bynes Goes Out Drinking Again After Her DUI Arrest 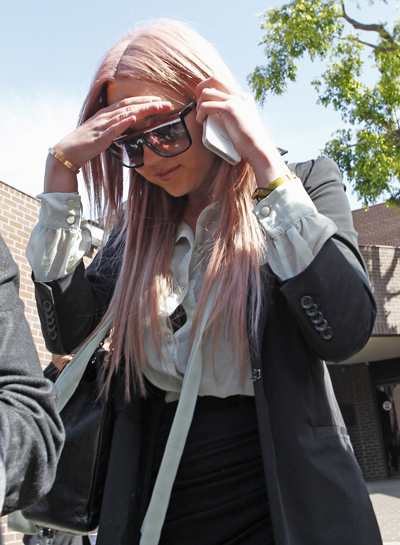 For many people, a DUI arrest is a wake up call, but, evidently, for Amanda Bynes, it’s just another bump on the long way spiral down to rock bottom. As we previously reported, the 26-year-old actress was booked on suspicion of drunk driving, after she supposedly clipped a police car while driving around West Hollywood, Calif. at 3am last Friday.

And while Amanda’s dad has denied that she was drunk at the time – “just upset and very emotional”, the She’s the Man star decided to spend the following week after her encounter with police revisiting a hotel bar where she reportedly had been partying the night of her arrest.

According to TMZ, however, the doorman at The Standard Hotel in LA recognized the actress and refused her entry, reportedly because the hotel didn’t want to be associated with any kind of repeat scandal. Related: Actress Amanda Bynes Arrested For DUI

“She is a good girl. She just chooses not to work, and because of that, people go after her,” said Amanda’s father, Rick Bynes, defending her to People.com.

For someone who “doesn’t drink,” as her dad supposedly claims, Amanda certainly seems to spend a lot of time out at night!