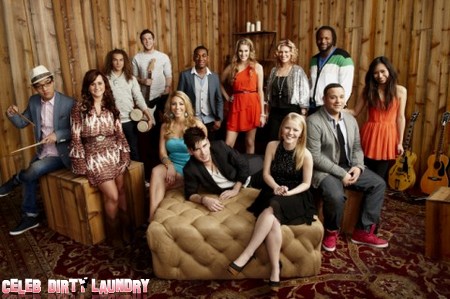 We saw the top 13 finalists on American Idol perform for us last night.  There were some amazing performances and some not so great performances. If you missed the show you can read our official recap here!  Stand by as we live blog the Top 13 Result Show tonight with all the up-to-the-minute details.

After last night I have my favorites, do you? I am voting for Jessica Sanchez to make it to the final two. Anybody that can belt out Whitney Houston’s most iconic song like she did deserves her place in the finals.  We conducted a poll to see what our viewers thought of the performances last night and almost 40% agree with me that Jessica was amazing.  Following a close second in the poll is Philip Philips.  To see all the results of the poll and vote go HERE!

On the result show tonight Mary J. Blige will perform live on the Idol stage before we have to bid a fond farewell to one of our talented finalists.  Season 10 runner-up Lauren Alaina also  returns to perform her smash hit “Georgia Peaches” off her debut album, Wildflower.

We will be live blogging ‘The Top 13 Performances’ with all the up-to-the-minute details at 8 PM EST so make sure to come back to this spot and watch the show with us. Refresh often to get the latest updates!!

RECAP: For the first time in the finals, it was the guys against the girls. One guy, one girl, who is going home and for one night only, the judges decide.

There is no escaping the results and first music mentor, Jimmy Lovine has something to say. He goes on to praise Whitney Houston and Stevie Wonder, saying that both artist’s songs are difficult to sing.

First on stage are Jessica Sanchez, Elise Testone and Hollie Cavanagh. Jimmy thinks that Jessica is probably one of the best singers every on Idol but he hopes the applause doesn’t go to her head to early. Jessica and Hollie are safe, Elise is in the bottom bottom three girls.

Heejun Han, Colton Dixon and Jermaine Jones. Jimmy said he didn’t agree with what Steven had to say last night that Jermaine’s song fit him like an Armani suit, he disagrees, they don’t make Armani suits that big. Yikes, that was rough! Colton and Heejun are safe, Jermaine is in the bottom three guys.

Erika Van Pelt, Shannon Magrane and Skylar Laine are next to find out their fate. Jimmy said he liked Skylar’s nasal voice even though Jennifer didn’t. Skylar is safe, Erika and Shannon are in the bottom two.

The final guys are on stage, Joshua Ledet, DeAndre Brackensick, Phillip Phillips and Jeremy Rosado. Jimmy is a little worried for Joshua, but he is more worried that Jeremy will be going home tonight. Joshua and Jeremy are in the bottom two.

Ryan Seacrest has a surprise for the contestants… he tells Erika and Joshua that they’re safe. I really didn’t think they deserved to be in the bottom anyway.

Ryan asks Steven if any of the contestants deserve to leave and he says, Jeremy.  Time to dim the lights, Jermaine and Shannon are safe.

Who is going home and will have a chance for at least another week, Elise Testone is staying.