American Idol Can Afford Mariah Carey After All, Singer Is New Judge For Reality Show 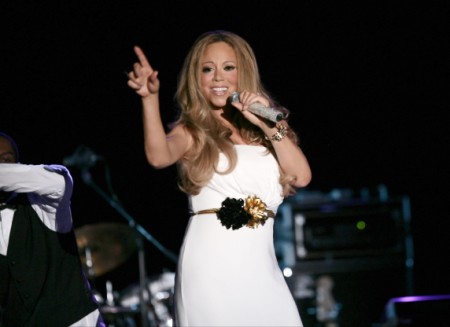 The rumors are finally true. Mariah Carey and American Idol have come to an agreement and she has accepted a judging position in the upcoming season. TMZ reports the songstress could take home a cool $12 million for the gig – the exact same amount Jennifer Lopez was paid for her first season. The announcement was just made at the TV Critics Association Summer Press tour in Beverly Hills.

This dramatic decision is obviously a statement for that other reality singing competition, The X Factor. Simon Cowell’s Factor has made headlines in the past few months for nabbing young, troubled superstars Britney Spears and Demi Lovato for its panel. American Idol was forced to respond with a big name considering its finale last season was the weakest in the show’s history. Apparently, show creator, Simon Fuller, thinks Mariah’s… antics will be the perfect note for the struggling show.

But Mariah’s only one piece of the puzzle. Idol has yet to fill the shoes of Steven Tyler who reportedly left to continue making music with Aerosmith. TMZ says it’s still unclear if Randy Jackson will stick around but word on the street is he wants out as well. It’s been rumored Fox has been pursuing Idol alums like Carrie Underwood, Taylor Hicks, Adam Lambert and Clay Aiken as well as Hollywood types like Charlie Sheen, Jerry Lewis and Miley Cyrus to fill in the gaps.

I’m super stoked for this and I don’t even watch Idol. I might now though. Mariah brings her own special to everything she does. Have you ever heard her give an interview? It’s beyond entertaining and totally unpredictable. She’ll be so much fun to watch. Now, I’ve got my fingers crossed for Miley or Charlie. They could make it the best show of all time!

What do you think? Was Mariah a good choice? Do you think Idol can compete with Britney Spears‘ X Factor now? I’m actually surprised Mariah made the jump for so little cash. Just last week Mariah’s husband, Nick Cannon, boasted that Idol couldn’t afford Mariah. He said, “I don’t know if they can afford Mariah Carey. That’s a lot of money. If they gave JLo $20 million, they might have to double that!”

Well, apparently they can afford her, and Nick might just have to keep his trap shut in the future.