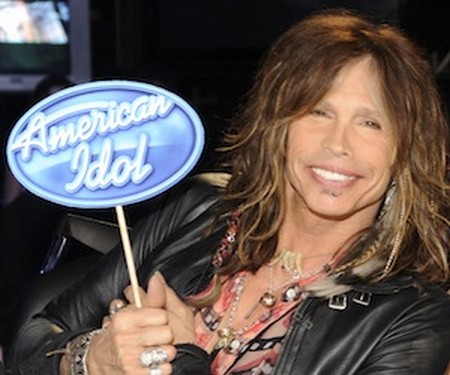 American Idol has been suffering from a bit of a cold for the past few seasons and it doesn’t seem that there will be any clearing up. In fact, American Idol has gone from a little head cold, to full on pneumonia. The moment Simon Cowell left the show, everything went a bit awry. Viewers were switching off in their droves and leaving American Idol. It was a near-death experience for Idol and the curtain almost came crashing down.

Enter a new judging panel and a new record label and the show seemed to be re-booted like an old Pentium after the dust was removed. Jennifer Lopez, Steven Tyler and Randy Jackson set out to search for the next musical superstar. Their interactions were contrived at best and both J.Lo and Steven Tyler suffered from word gaffes, verbal diarrhea and sentimentality. The three items not required in a perfect American Idol recipe.

Jimmy Iovine became the unnoticed fourth judge and had more influence over the contestants than the faux panel of judges. He assisted them in bringing the best performance to television, along with the executive producers Nigel Lythgoe and Ken Warwick. Two average seasons commenced and it seemed that the contestants were chosen more on popularity than on true singing ability.  The judges almost never argued and when they did, Randy Jackson tried to cover up for his absolute lack of personality by making jokes like the fat kid in class who fell on his face and broke his nose. Viewers were noticing that the judges were using American Idol as a platform for their own careers. It re-booted Jennifer and Steven’s flailing careers and shot them into the stratosphere of stardom.

Why did Steven Tyler leave American Idol? He received a worldwide stage on which to eloquently express his adoration for the contestants. He was poetic in his word usage and gave a tinge of madness to American Idol through his “back in the day” reminiscing.

Steven did not receive the amount of money which J.Lo made from the show, but he did receive lucrative offers that completely changed the future of his career and that of Aerosmith’s.

Celeb Dirty Laundry decided to investigate this whole affair and to find out the real reason why Steven Tyler left American Idol.

Aerosmith gained a new fan following of Idol viewers. The band was put back on the map without the excessive multimillion dollar expenses of promotion. Idol gave the band a completely new demographic of younger fans. Aerosmith and Steven Tyler experienced an upsurge of catalogue sales to the tune of two hundred and fifty percent. Steven also secured new representation in XIX Entertainment, which was founded by Idol creator Simon Fuller, and also scored several high profile gigs, including an Aerosmith performance at Wal-Mart’s annual shareholders meeting which could eventually lead to an exclusive album release.

Could Steven Tyler have used American Idol to re-boot his career and give him a new foothold in the industry? Could he have achieved enough popularity in order to move on and capitalize on this newfound fame? Or was there something more at work behind the scenes? These questions need answering, but no-one is talking.

Steven’s departure signaled the end of his era on the show and confirming rumours,  J.Lo also packed it in and left the judging panel. Randy Jackson is the only original judge left on the show. Several media outlets have reported on the rumoured new judges and the names are as diverse as Charlie Sheen and Katy Perry. Adam Lambert was also rumoured to be the new judge, but he has since quelled these rumours.

The future of American Idol is up in the air. Nigel Lythgoe and Ken Warwick have, as of the writing of this article, not been asked back to produce the talent show and a new head has taken over at Fremantle (the production company of Idol and several other well known reality shows). We are not sure whether Idol would be able to re-capture the brilliance we were so used to. After all, viewers stick to popularity and to comfort, so having almost an entire production and judging panel walk out, could lead to the final few death rattles of Idol. Viewers were up in arms when Jennifer Lopez and Steven Tyler were announced as the new judges. Many viewers refused to watch American Idol without Simon Cowell, but in true social psychology fashion, some of the viewers followed the herd and returned to the most famous show on the planet.

Steven Tyler and J.Lo’s departure from Idol could either have been the death sentence which we have all been waiting for, or it could have been the hiccup that will lead American Idol to an even brighter future.

J.R. Ward says it best in her novel Lover Unbound, “Falling into ruin was a bit like falling in love: Both descents stripped you bare and left you as you were at your core. And both endings are equally painful.”