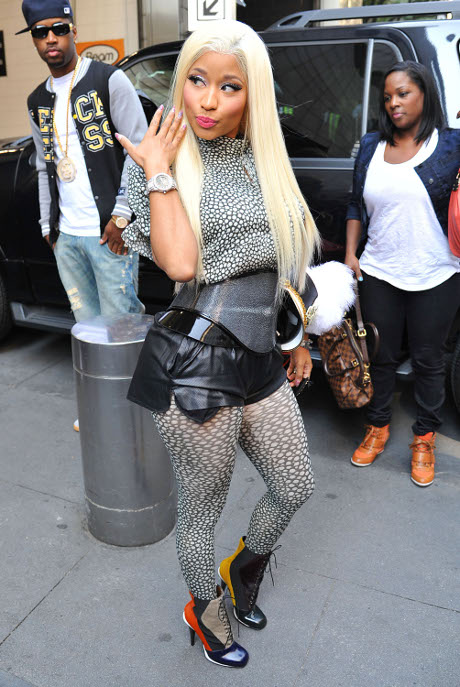 American Idol Season 12 is quickly shaping up to become one of the most talked about reality seasons of 2013. The revamped judging panel now includes Keith Urban, Nicki Minaj, Mariah Carey, and the most loved of them all, Randy Jackson, but this panel is anything but BFFs on a trip down memory lane. During the initial audition stages of the competition, Minaj and Carey had a massive blow-out that led to many questioning the integrity and the validity of the reality television juggernaut.

The show’s viewership figures have horribly waned during recent years and reached an all time low during the 11th season’s finale. Idol now runs the risk of becoming an antiquated and outdated show that once made dreams come true. It might still be the biggest reality television show in the world, but once a judging panel is changed this drastically, viewers tend to lose interest. The Idol producers were clever in the sense that they decided on some of the biggest names in the industry to save the sinking ship, but Idol is heading for that iceberg quicker than a speedboat with zombie apocalypse survivors onboard. If the show is not able to cast interesting contestants with riveting back stories, it will be an epic fail. Yes, the judges might draw a few million viewers, but we don’t watch Idol for the judges – especially ever since Simon Cowell left the show.

The casting directors and producers really need contestants that will change the music industry for good; people we could root for and feel empathy towards. If, and the margin for error is huge here, the show is not able to deliver on any of the above, Fox might bring down that guillotine quicker than we expected. Our television landscape will become barren and desolate, but it’s a reality we need to face American Idol fans.

A list of the top 40 contestants chosen during the Las Vegas round was recently leaked and made public. Celeb Dirty Laundry is bringing you this list in all its glory, so if you hate spoilers, don’t read on! Hopefully this whets your appetite and makes you want to watch the show come January, 2013. If not, then you’re just a party pooper!