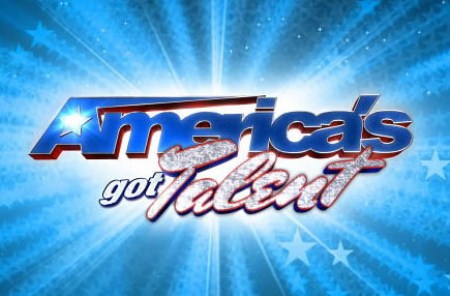 Tonight on NBC is an all new episode of America’s Got Talent. On tonight’s America’s Got Talent it is the final audition show as the auditions continue with Howard Stern, Howie Mandel, Sharon Osbourne and Nick Cannon with their search for the million-dollar act and deciding who would make it to the Las Vegas round; which is now just one step away.  If you missed last week’s episode, we have a full and detailed recap here for you.

Talent worth mentioning from last week:  we met the group The Untouchables – the youngest member was eight years old and the oldest was 13. They were adorable, not a Las Vegas act, but cute nonetheless, they still went on to Vegas.

The Scott brothers, Nick thought they were “dope”.  Taylor Reed was a magician who thought he was worth a million dollars, Howie is speechless, Sharon thought is was special and Howard wants to see more so he went off to Vegas as well. Captain Dan and his scurvy crew rapped, but they didn’t make it through, thank God.

The worst act last week had to be some idiot doing “air sex” and I swear it almost made me throw up. Howard  was offended, that pretty much tells you how disgusting this act was.

On tonight’s show  America’s Got Talent 2012 has been traveling the nation for the best acts and with only one stop left before Vegas one act tonight is guaranteed to bring the crowd to its feet.

Tonight’s episode looks like it is going to be exciting and you won’t want to miss it, so be sure to tune in for our live coverage of  NBC’s America’s Got Talent at 8 PM EST!  While you wait for our recap hit the comments and let us know what you thing of season 7 of AGT so far!  Check out the sneak peek video of tonight’s “Last Change For Vegas” video below!

RECAP: First to audition tonight is Thea and her pig Smooch. Howard was amazed at how he believed he could watch the pig all day and was proven wrong, but it’s a no. Howie says it was amazing, yet no. Sharon gives her a yes saying the pig mesmorized her. Two no’s so Thea and Smooch are headed home
A karate group is next and the guy says he’ll hit them 20 times in 1 second and they completely fail with a slap act. A female rapper comes out and she is just horrible getting a bunch of boos and straight x’s, she was dreadful. Some sort of dancer is next and fails with another dancer after who ba’s like a sheep once again failing like everyone else. Then a dance group is next and they just bombed the stage, horribly. Nick then comes out in a tutu showing of his graceful dancing skills, probably the best act of the day so far!
Auditioning next is Lilianna who’ll be tap dancing. Howie tells her she’s really, really good. Sharon says she was on fire up there and gives her a yes. Howard says that she’s terrific but does not see it as a million dollar act and gives her a no. Lilianna is given two yes’s out of three and moves on to Vegas.
A circus performs and is given the pass to Vegas. A band is next and like the circus get to go to Vegas. Two dancers pass as well as a singer. An impressionist gets the three yes’s as well as two tap dancers.
Next to perform is Jacob Williams and he will be doing stand up comedy. Sharon says she is wondering where he’s been hiding with such talent. Howie says that he has a bright future ahead of him in stand up. Howard tells him the gamble he took was worth it and that he’s amazing. Jacob gets three yes’s and will be going to Las Vegas.
Next to audition is a dance crew called 787 from Puerto Rico. Sharon said she loved it. Howie said he loved the outfits, the dancing and the attitude. Howard says it’s one of the best dance acts they’ve seen on that stage. 787 is moving on to Vegas with three yes’s.
Auditioning next is Trishwho seems to have quite the love for Howard and she is going to rap. Howard said it was annoying and it gave him a headache. Sharon says that she couldn’t understand a single thing she said. She then admits to making up a talent just to meet Howard and he gets up to give her a hug. Howard says yes but Sharon and Howie both give her a no, leading her not going through to Vegas.
Auditioning after is Mark and he’s going to do comedy and he gets three x’s so fast. Howard then says he didn’t understand anything he was saying. Sharon says she is very confused by him and gives him a no. Howie then says that here isn’t going to be a happy ending. Mark is heading home.
Auditioning next is Mary Joyner and she’ll be singing. Howie says that they just fell in love with her.  Howard says that every season he watched the show at home people gave him goose bumps and she got him in 30 seconds. Sharon says that her singing moved everyone in the audience. Mary gets three yes’s and will be running off to Vegas! Being the last audition of this season of America’s Got Talent.
That’s it for tonight, did you enjoy the show? Sound off your comments below and tell us who performed the best for you tonight!