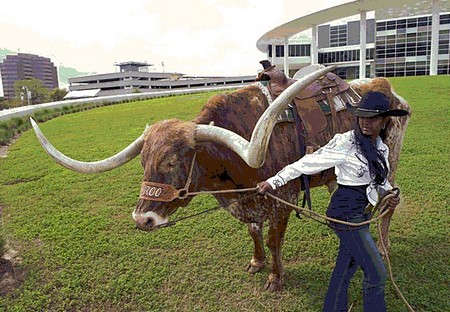 After a break last night America’s Got Talent returns tonight to NBC with a whole new episode. On tonight’s show the judges continue their search in Tampa, Florida. If you missed last week’s show, we have a full and detailed recap here for you.

On last week’s show Howard Stern, Howie Mandel, Sharon Osborne and Nick Cannon were in Austin, Texas and they were really impressed by the talent there.  They had an awesome turnout.

On last week’s episode we saw some very entertaining act – but the notable one was Timothy Michael Poe, a war veteran and singer. Howie asked him how he could sing without stuttering and told him that he is a phenomenal talent. Sharon said he had a very rich and beautiful tone in his voice and that the song suited it very well. Howard thanks him for his service and then told him when he sings he doesn’t push his voice and did a really good job.

Timothy got three yes’s in a row and is moving on to Vegas.  He was later accused of exaggerating his military record during his audition for the show, he apologized for misrepresenting himself.  “I would like to take the time to tell the American people how truly sorry I am that they had to endure the incomplete facts.”

Tonight on the June 12, 2012 episode of ‘America’s Got Talent 2012’ they continue the search in Tampa, Florida to find America’s next big talent.

Stay tuned for our live coverage of the show tonight at 9PM EST! Meanwhile, while you wait hit the comments and let us know what you think of Season 7 of  “America’s Got Talent” so far!

RECAP: Tonight the auditions are in Tampa Bay and they got the spirit. Sharon is back stage consoling yet another “Ozzy” look alike!

The first act up tonight is a dance group called The Untouchables, the youngest member is eight years old and the oldest is 13. They were adorable, not a Las Vegas act, but cute nonetheless. Sharon loved it, she said it was precise and technically at a very high level. Howard thought they were captivating, but puberty is their enemy. Howie loved the technique combined with their youth. Three YES votes gets this dance group a ticket to Vegas.

Next up are the Scott brothers and the judges love their dancing, Nick thought it was “dope”.  Charlie C. is next, he sings and blows the judges away with his deep sexy voice, it’s another ticket to Vegas. Taylor Reed is a magician who thinks he is worth a million dollars, Howie is speechless, Sharon thought is was special and Howard wants to see more so it’s a ticket to Vegas.

Now here are some of the LOSERS: Puppets On Hand are first, it is three guys with technical and highly intricate puppets; they do table top puppetry that is completely ridiculous.  Howie liked it, even though it was horrible. Sharon said she would go crazy if she had to watch this for 45 minutes. Howard wants them to forget about this, destroy the tapes so nobody ever has to see this. Rangers In Reality is up next, it’s three guys dancing and they suck as well. Howard wants to bring the guys in with the white coats and straight jackets to take care of them. Next is some guy making paper dolls, yeah it’s true!  Next is an expert at “air sex” and I swear this one is going to make me throw up. Howard is offended, that pretty much tells you how disgusting this act was.

Captain Dan and is scurvy crew are going to rap. This act gets three X buzzers. Howard thinks they are pathetic and Howie is pissed that he didn’t get a chicken dinner with this pirate act.

Lou Ann Bess and her water skiing squirrel named “Twiggy” who is extremely friendly. The judges head outside and Twiggy not only water skis but he does it one handed and waves to the crowd as well. Howard gives a big fat no because he was getting dizzy watching Twiggy go round and round in the pool. Howie wants to see what Twiggy does next. Sharon gives a no as well, it’s not enough for her. Twiggy had more talent than a lot of the acts they have put through so far.

Next is the American BMX Stunt Team and there will be ten of them driving at the same time. They are good, but I couldn’t watch them for more than 10 minutes without getting bored. Howard thought it was a huge disappointment because nobody died. On a serious note, Howard love it. Sharon thought it was amazing, she thoroughly enjoyed it. Howie loved it as well. Three YES votes gets this BMX act to Vegas.

How cheesy, a Sharon and Ozzy look alike make it through.

Lindsay Norton is an acrobatic dancer who has been performing since she was two is next. Her parents are thrilled that she got a standing ovation. Sharon sees that she is serious about what she does and a great example to teenagers. Howie loves it and is making Lindsay blush. Howard says he wants to pull his nails out to go to ballet but Lindsay is what America is all about; it inspirational and belongs on stage. It’s three YES votes and on to Vegas.

More LOSERS: Up next are these woman and man that range from age 53 to 71 and they dance together, all the judges give them an X buzzer. Next are Tarzan and Jane, more buzzers. Then there is Richard, the dancing man that belongs in a retirement home.

Big Barry is a 70 year old teenager, he is 4 foot 10 inches tall and loves to sing. Sharon thought it was interesting, she has never seen anything like this before. Howard said that he almost jumped out a window. Howie on the other hand love it. Howie gives him a YES for Vegas, Sharon is a NO. It’s all up to Howard, he has a reputation as being cold hearted and shows he has a softer side, Big Barry is going to Vegas. I would let the squirrel go through, he was more talented.