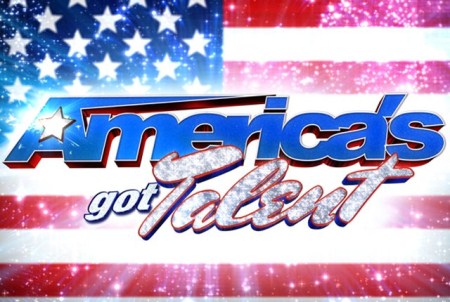 Last night, America’s Got Talent gave NBC a win in the ratings game, it was the most watched program of the night.

On last night’s episode, Timothy Poe, who is a vet and served in Afghanistan where he was injured by a bomb and suffered a brain injury that now makes him stutter, performed on stage. Stuttering aside, Timothy sings beautifully and impressed the judges to a standing ovation. His performance  of “If Tomorrow Never Comes” by Garth Brooks was dedicated to his wife encouraged him to be on the show.

First it’s a jet pack arrival for Howie and now last night, he showed up on a bull! Between that and Nick’s pole dancing, it was an awesome episode. If you missed the episode you can read our full and detailed recap here!

We will be live blogging America’s Got Talent tonight with all the up-to-the-minute details at 8PM EST so make sure to come back to this spot and watch the show with us. Refresh often to get the most up-to-date results!

RECAP: Round two of the Austin auditions and Howie sadly didn’t arrive on a bull this time.

Auditioning first is the Aurora Light Painters. Shannon says it’s a very unusual art form but very amazing. Howard says he loves the originality and will see them in Vegas. Howie said that originality is exactly what this show is looking for.

Some guy singing and dancing is completely X’d out, following this guy with a washboard and this horrible break dancer.

Doppelganger Side Show auditions next and Howard gives them an X right off the bat. Howard says it’s a no. Shannon says it’s just been a bad day today. Howie said it’s three no’s and their going home.

A group of girls are singing and get a huge boo from the audience, these inflatable mascots dancing got the same reaction. Some guy in a bathrobe comes out and takes it off and starts dancing in his boxers, he got an X from each and told to go home.

Auditioning next is Eric & Olivia. Howard says that at first he didn’t know what song it was at first and the twist made it better. Howie says that he didn’t feel like it was that special an act and that it just wasn’t good enough. Sharron says she doesn’t agree with Howie with his remark towards the two. Eric & Olivia get two yes’s out of three and move on to Vegas!

Auditioning next is Richard Grossman who is going to sing opera. Howie says that he’s a little off. Howard says it was a serious disaster. Sharon says that it was very shouty. He got three X’s and leaves with obviously three no’s.

Auditioning next is Eric Dittelman and he’s a mind reader. Howie says that it’s amazing, that this is absolutely real. Sharon says she’s so shocked and stunned. Howard says that he’d really like to see him again. Eric Dittelman got the three yes’s and is headed to Vegas!

A Woman does a dance in the air on chains, then a girl sings, finishing it we have a break dancer and all three acts get the pass to Vegas.

Last to audition for today is Andrew De Leon and he’ll be singing and claims to have never performed in front of an audience. Howard says that he blew the roof off the joint. Sharon says that he has an amazing voice and an individual. Howie says that it’s not that he isn’t good at anything but that he is great. Andrew gets a yes from all three of the judges and will be going to Vegas!