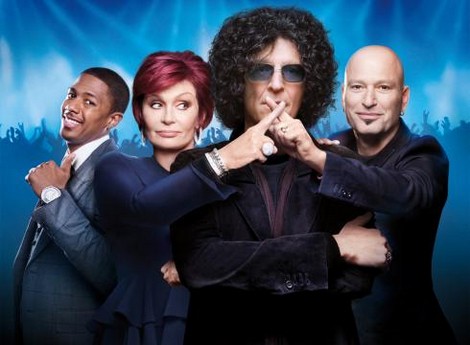 America’s Got Talent airs tonight with a whole new episode on NBC.  This is it there are no more second chances the acts have to bring it tonight or they go home.  Tonight on a two-hour episode it is ‘Semifinals, Week 1’ , America’s Got Talent kicks off the first week of semifinals performances.

Twelve of the season’s remaining 24 acts will perform tonight. Did you see last night’s episode when the Wild Card acts were eliminated? If you missed it, you can read our full and detailed recap HERE.

Last week we had the wild card results show, with special performances from Carly Rae Jepsen and Owl City!   According to everyone who watched last week’s show the wild card episode produced the most drama and the best performances of the season.  Moving on after last week is Andrew De Leon, Todd Oliver & his dog Irving,  Sebastian El Charro and All That.

On tonight’s show AGT is kicking off two weeks of semi-finals in an attempt to narrow a field off twenty-four contestants down to six.

We will be live blogging America’s Got Talent tonight with all the up-to-the-minute details at 8PM EST so make sure to come back to this spot and watch the show with us. While you wait for the recap hit the comments and let us know what you think of America’s Got Talent Season 7, so far!

Tonight’s episode: Tonight twelve acts will perform, but only three acts will go through tomorrow night on to the finals.

Andre De Leon has no professional opera training, but hard work and a beautiful voice will hopefully help him make it through.

Judges Comments: Howie thought he hit every note, his concern is that Andre does not have the formal training, but he is happy that he didn’t crack under the pressure. Howard thinks he is delightful, but wishes he had more formal training. Sharon gives him a word of advice, people would take him much more seriously if he changed his look.

Irving the talking dog and Todd Oliver must talk about something current and keep it simple to make it through.

Judges comments: Sharon thinks Howard was so right to bring them back, she loved it. Howie is happy that the material was current and considers that he could be a headline act. Howard loves the originality, he had the audience in the palm of his hand.

Donovan & Rebecca, husband and wife, consistently surprise and amaze the judges, will they do it again tonight?

Judges Comments: Howard thinks the strength of this act is Rebecca, he can’t believe that she wears high heels and carries Donovan; he’s just worried that it doesn’t translate across the screen. Sharon that it was lovely that Donovan said he loved Rebecca before they performed, she really thinks they deserve to be in the final. Howie thinks they deserve to be one of the acts go through tomorrow night.

Edon is next, he has talent beyond his years and has attracted a lot of teenage girls, he even got marriage proposals even though he is only 14 years old.

Judges Comments: (Edon gets a standing ovation) Howard thought it was amazing, truly the best singer in the competition.  Howard was a little board by the song, he likes him very much but didn’t like the song selection. Sharon disagrees, she loved the song choice, age appropriate and he put everything into the performance.

The Scott Brothers did a fun routine last time, this time they are doing a more technical and precise routine.

Eric Dittelman is going to focus on Howard in this performance, but he’ll include America as well.

Judges Comments: Sharon thought it was fascinating and absolutely amazing. Howard finds it fascinating, the show was bigger. Howard was not bored tonight with this performance, there is exceptional talent, he has stepped it up every week and deserves to go through.

Turf is a contortionist and a dancer; nobody needs it more or wants it more than this guy.

Judges Comments: Howie gave him a standing ovation and thinks Turf is the best dancer in this competition, his movements are amazing, he thinks he deserves to go all the way. Howard loves how he did something different tonight, but he is afraid that there is a certain similarity in his performances, but he’s still pulling for him. Sharon thought she had seen it all, but was pulled back in tonight, she loved it.

Bria Kelly knows the competition is tough, it’s all about song choice tonight on whether she makes it through or not.

Judges Comments: Sharon thinks she has a great voice, she loved the song choice but thought it lacked the emotion.   Howard felt she did do something that stood out, technically her voice was the strongest tonight.

Joe Castillo always tries to show an epic story in his performance, can he do it again tonight?

Judges Comments: Howard thinks he has tremendous talent as an artist, but as a performance he has seen it before, it’s too similar to the last time he saw him. Sharon loves what Joe does with sand and it pushes her to do better in what she does. Howie enjoys him each and every time and hopes America will vote for him.

William Close Is really creative, he has brought four new instruments and it’s all about the music.

Judges Comments: Howie feels like there are no words to describe the performance, he thinks William is deserving to win the whole competition. Sharon hopes the people at home realizes how good his performance was, every single time he brings a professionalism to the show that is unbelievable. Howard is loving it and loves that he sees growth with originality, he thinks William is the front runner.

Tom Cotter is giving comedy on demand tonight, the judges to pick the material.

Judges Comments: Howie loved it, OMG, it was amazing and he deserves votes. Howard wants to chooses one topic and asks Tom to give one joke, he does and it’s fabulous. Sharon thinks that not only is he a good guy, but his comedy was amazing, the best of all was that it was dirty, she loved it.

Academy of Villians is technically good and tonight they are shooting for the stars with really big risks.

Judges Comments: Sharon loves how unique they are, she thought they were incredible tonight. Howie thinks without a doubt they are his favourite dance troupe ever seen on the show. Howard is going to rain on the parade, he wasn’t feeling it tonight and got a little bored by it.

Don’t forget to come back tomorrow night to Celeb Dirty Laundry where we will be live blogging the results and find out which three acts will be going into the finals. Who are your favorites to win? Sound off your comments below.