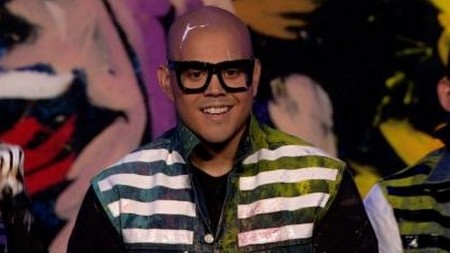 Tonight on NBC is an all new episode of America’s Got Talent. On tonight’s America’s Got Talent we get to see which four of the twelve acts from last night will make it to the top 24 based on America’s votes and of course the judges comments that tend to sway the votes. Last night in New Jersey judges; Howard Stern, Howie Mandel, Sharon Osbourne and Nick Cannon continued their search for the million-dollar act. If you missed last night’s episode, we have a full and detailed recap here for you.

Last night, twelve acts performed, some good and some not so good. Clearly the best act last night was David Garibaldi & His CMYK’s, they created art to music and dance. Howard said that if he was a woman, he would marry Garibaldi, he thought that they are definitely going through to the next round. Sharon loved them. Howie loved them as well and urged America to vote for them.

The worst act last night was Michael Najad, he made music with different objects. Howard thought the objects he used were horrible and horrible sounding and told him flat out that he would not be moving on based on his performance. Sharon didn’t think it was as bad as what Howard thought and asked him to remember why he voted him through in the first place, Howard swears he had nothing to do with it. Howie thought that if he was doing a show at Home Depot, it would have been great. The guy was terrible and simply deserves to go home.

Tonight is the results show and we will find out which four of the twelve acts that performed last night will advance to the top 24 beginning at 9:00pm.

RECAP: Tonight is the results show and we find out which four acts are going on to the next round. We also have two sensational live performances, one from Cirque de Soleil and another by Will.i.am.

The Scott Brothers, 787 Crew and Lil Starr are up next. Sharon is shocked to see these three acts up on stage together. Let’s find out who is going through, America has voted and the act moving forward is The Scott Brothers.

Todd Oliver and his dog Irving, the Distinguished Men of Brass and Edon are the final three to find out their fate. This is it, America has voted for the act that is leaving the competition and going home, the Distinguished Men of Brass. It’s down to Edon or Todd Oliver and his dog Irving, the judges get to decide which act will be moving forward. Howie picks Edon, Howard loves the dog act and thinks it’s one of the most original acts he has ever seen, but he gives his vote to Edon.

The four acts moving forward are:  Shanice and Maurice Hayes, The Scott Brothers, David Garibaldi & His CMYK’s and Edon.

Next week twelve new acts will take the stage and America will again decide which acts will make it through.