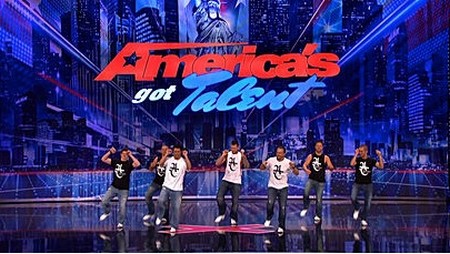 Tonight on NBC is an all new episode of America’s Got Talent. On tonight’s America’s Got Talent we get to see twelve of the top 48 perform in New Jersey with judges; Howard Stern, Howie Mandel, Sharon Osbourne and Nick Cannon who continue their search for the million-dollar act. If you missed last week’s episode, we have a full and detailed recap HERE for you.

Last week, Hawley Magic performed and the magician’s assistant levitated in the air. Then, they threw a clever twist on the classic stage illusion as the magician joined her, floating high above the stage floor.

The All Ways rock ‘n’ roll band blew the crowd away with their amazing energy during their first audition but their Vegas audition, although smooth, didn’t quite have what the first performance did.

Serengeti Steve shocked the judges and me when he placed a venomous scorpion in his mouth during his first audition. This time, Steve brought a Black Pakistani Cobra, one of the most venomous snakes on the planet (yeah, this guy is nuts). I couldn’t believe the guy was willing to risk his life just to kiss that dumb cobra, but he did!

This week we first get to see twelve of the top 48 acts perform tonight, then tomorrow night four acts will advance to the top 24 in a results show beginning at 9:00pm.

Tonight’s episode looks like it is going to be exciting and you won’t want to miss it, so be sure to tune in for our live coverage of NBC’s America’s Got Talent at 8:30 PM EST! While you wait for our recap hit the comments and let us know what you thing of season 7 of AGT so far!

RECAP: Tonight the show is live with some of the hottest talent we have ever seen on the America’s Got Talent stage in the Quaterfinals.

Tonight twelve acts will be performing and the first one is the Distinguished Men of Brass are first to perform.

Judges comments: Howie thinks they need to take it beyond a marching band show, he loves and sees potential. Sharon loved what she saw tonight, she thinks they have it going on and they made her smile. Howard says this is about winning and getting to the top spot, but for some reason on tv the big sound gets lost and they won’t go to the top unless they can narrow it down to maybe some solos.

Edon is up next, he is a young singer and piano player from Chicago, Illinois.

Judges comments: Sharon thought it was an amazing song choice, he hit every single note and sang with great emotion at fourteen years old. Howie thought it was a amazing, “Jew are terrific”. Howard found the fog machine was over used, but he nailed every note and he loves that he’s not a showbiz kid, humble and nice.

Jarrett & Raja are next, they are magicians.

Judges comments: Howard said you heard the crowd, they turned on you. This is well, people didn’t like it, you need to bring back the pizzazz. Sharon says it got rather cheesy when they sang “Singing In The Rain”, but when you did the tricks with the ladies, we could see their feet. Howie disagrees, he thought it was a good trip and loved that it was a shower where beautiful women appear.

Lil Starr performs and she is a little girl with a whole lot of talent.

Judges comments: Howie tells her that she has to change her name to Big Starr and he thinks she is the next Shirley Temple. Howard thinks she is adorable, but honestly the dance category is one of the toughest this year and he doesn’t think she is up to it because her act is always the same. He goes on to give her advice that if she makes it through, she needs to create a story with her dance routine. Sharon thinks she owns it and is amazing for six years old, she tells her not to listen to Howard.

Todd Oliver and his dog Irving. Todd is a ventriloquist and he throws his voice over to his dog and their guest, another pooch named Lucy.

Judges comments: Sharon says she always loved Irving and she loves Lucy too, but she thinks the material is a little weak. Howie agrees with Sharon, the material doesn’t live up to the expectation and he wishes that he would have laughed more. Howard adds something constructive, according to him, maybe the dogs need to come out a little stronger, let them get angry and add current events in the punch lines.

American BMX Stunt Show is up and they show their talent on a structure that was made to look like the Brooklyn bridge.

Judges comments: Howard loved them from the beginning and thinks they did something remarkable again today even though it’s not his kind of act, he has high hopes for them. Sharon knows how dangerous the stage is and bows down to them to be able to do so much in a confined space, well done. Howie finds the act has stepped up, more dangerous and a better show, they deserve to go on.

Nikki Jensen from Austin, Texas has given up everything to be on AGT, she is taking a risk singing without her guitar tonight.

Judges comments: Howie thinks her voice is unique but she has to be a star and capture the audience, there has to be more. Howard thinks there is a front runner in the singing category already and doesn’t think she is it, it’s all about song selection and he thinks she needs to do more to give the “wow” factor. Sharon feels that the performance is lacking but she liked the song selection.

The Scott Brothers are the next act to perform, many people think they are twins, but they are a year apart.

Judges comments: Sharon thinks there are more people in this contest that are quicker than they are, but they are original and hope they go through. Howie doesn’t think their moves are original, but the way they do it is original, they are incredibly entertaining and he thinks they will go through tomorrow night. Howard thinks they hit a home run tonight, they are memorable, they did something unique and he loved the hat spin thing.

Michael Najad is next and he makes music with different object, he gets buzzed by Howard immediately.

Judges comments:  Howard thinks the object s were horrible and horrible sounding, he tells him that he will not be moving on tomorrow night after the results show. Sharon doesn’t think it was as bad as what Howard said and asks him to remember why he voted him through in the first place, Howard swears he had nothing to do with it. Howie thinks that if he was doing a show at Home Depot, it would have been great.

787 Crew is a dance act got another chance despite the fact that they had a big fall in Vegas.

Judges comments: Howie loves their passion, but this performance wasn’t the best and the choreography was lacking, they need to step it up. Howard loves their costumes and attitude, he thinks they are in trouble. Sharon doesn’t think they are in trouble, she thinks they are so different and they will be back. Howard comes back in and tells them that maybe one of the guys has to distinguish himself as a solo and come in front.

Next is a father and daughter singing duo, Shanice and Maurice Hayes.

Judges comments: Sharon was a little worried about them because sometimes it gets a little cheesy, but she thinks they nailed it big time, it was perfect and spot on. Howie was sceptical of Maurice, he felt he was holding Shanice back, but not tonight. Howard loved seeing Howard standing on his feet, he warns them to be careful and let Shanice shine, there is a beautiful heart and soul to them.

The last act for tonight is David Garibaldi & His CMYK’s, they create art to music and dance.

Judges comments: Howard says that if he was a woman, he would marry Garibaldi, he thinks they are definitely going through. Sharon thinks they are rock n’ roll and she loves them. Howie thinks it’s different and he loves it, he urges America to vote for them.

That’s it for tonight, stay tuned tomorrow night for the results show where only four acts will be making it through to the next round.