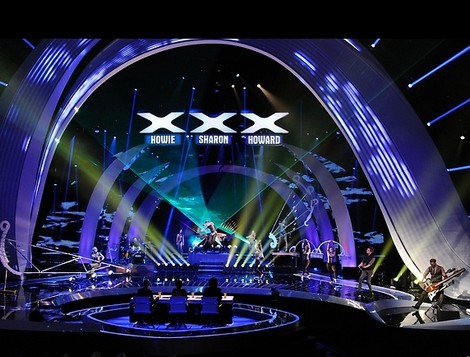 America’s Got Talent airs tonight with a whole new episode on NBC and it’s finale night!  Tonight one of the top six acts will walk away with 1 million dollars and a headlining show in Las Vegas. Did you see the show last night when the final six acts performed? If you missed it, you can read the full and detailed recap HERE.

During tonight’s two hour season finale we will see some awesome performances by none other than Justin Bieber, Green Day, Ne-Yo and Blue Man Group.  Justin Bieber will perform his new song ‘As Long As You Love Me’ with rapper Big Sean.  Justin Bieber said about his performance, “I think this performance is going to be next level. I’ve been really practicing my dance movies in the studio. It’s been great.”

We will be live blogging America’s Got Talent tonight with all the up-to-the-minute details at 8PM EST so make sure to come back to this spot and watch the show with us. While you wait for the recap hit the comments and let us know who you think should win America’s Got Talent Season 7!

We now get to see art meet’s music where Flo Rida performs “I Cry” while David Garibaldi and his CMYK’s paint another masterpiece.

On stage now is global superstar, Ne-Yo and he performs “Let Me Love You Until You Learn To Love Yourself” from his new album that will be available on Novmeber 6th.

Last night, after the show the judges sat together and talked about the acts, it was unanimous that they were all great acts.

Nick gives us a look back at some of the weirdest and wackiest acts from this season like the grandfather of rap singing “What You Gonna Do”. Oh no, they’ve brought him back and he’s performing live with Nick and some rappers.

Howie organizes a surprise for Howard, he packs Barry in a bag and puts him his dressing room.

Blue Man Group is next to heat up the stage with a performance about your booty.

We now take a look back at the judges this season, Howie coping in traffic, Howard thinking the show is nuts for having him and Sharon hugging all the fans. Howie thinks the vibe changed completely for the good this year with the addition of Howard and being in New York. Howie thinks Sharon is the calm between he and Howard. At the end of the day, the three judges are very best friends.

It’s time to roast the judges as Tom Cotter comes on stage and gives us another awesome performance and if that wasn’t enough, Joan Rivers surprises us with an appearance. Joan tells Tom that he is being too nice and she has done more roasting than Colonel Sanders so she shows him how to do it. Joan goes through all the judges and she is simply fabulous. Tom takes a second crack at it, the guy is amazing.

The Untouchables, William Close, Tom Cotter, David Garibaldi and his CMYK’s, Joe Castillo and Olate Dogs are all called on to the stage where one act will be going home right now. America had voted, the act finishing in sixth place and leaving the competition is The Untouchables. Sharon tells the dance group not to cry because this is her last show and they will be leaving together.

One more act is going home, the act finishing in fifth place and leaving the competition is Joe Castillo. Joe thanks everyone for the opportunity to be on the show, Howie tells Joe that he was inspired by his stories and loved the original path that he took him through.

Another one going home, the act finishing in fourth place and leaving is David Garibaldi and his CMYK’s. David says this was the most amazing journey of his life, Howard calls David an amazing talent who absolutely amazed him and electrified everyone’s lives.

Justin Bieber performs his new song “As Long As You Love Me” featuring rapper Big Sean while the entire audience, filled with lots of teenage girls, screams throughout his whole performance.

Howard take the time to thank Nick for being an awesome host and gives us a look at behind the scenes of Nick this season.

It’s another awesome performance, this one is from Green Day singing “Oh Love”.

America has voted, the act finishing in third place and leaving the competition is William Close. Sharon says there has not been better talent in the sixth years that she has been on the show, she also thanks Simon Cowell and tells William that he will do amazing things for him.

The final two acts are Tom Cotter and Olate Dogs, it’s time to reveal the winner of the one million dollars and the star of the headline show in Las Vegas, THE WINNER IS – OLATE DOGS.

Sharon is up off her seat and congratulating the winner on stage, Howard calls it a phenomenal season, Tom Cutter says he’s going to fall down the stairs on his way off the stage and get his own million dollars.