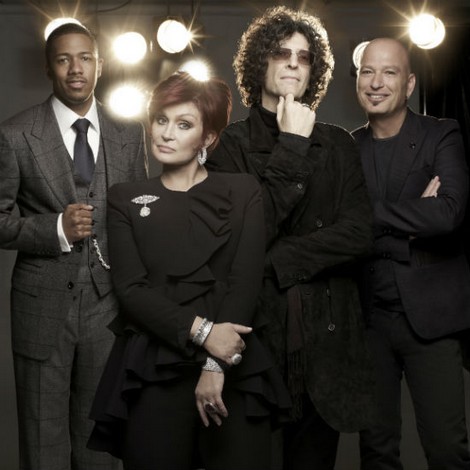 America’s Got Talent airs tonight with a whole new episode on NBC.  Tonight the top six act will perform in the penultimate episode.  Did you see last week’s show when David Garibaldi and his CMYK’s, Olate Dogs and The Untouchables made it to the finals?. If you missed it, you can read our full and detailed recap HERE.

Last week,  Lightwire Theater made it to the top four but Howard has the deciding vote and tells Lightwire that they did nothing wrong, they were phenomenal. In the end, Howard said the act that he would pay money to go see is David Garibaldi and his CMYK’s, Lightwire Theater was sent home.

I’ts been a tough competition this season on America’s Got Talent and it all comes down to tonight’s performance on who will walk away with the $1 million dollar prize and headline their own show in Las Vegas. The finalists are Joe Castillo, Tom Cotter, William Close, Olate Dogs, David Garabaldi and The Untouchables. The final acts will perform head to head for the coveted title of winner of America’s Got Talent.

America will decide who wins the competition after tonight’s one-hour show. The winner will be announced tomorrow night, Thursday, during the two hour season finale that begins at 8 PM and includes some awesome performances by none other than Justin Bieber, Green Day, Ne-Yo and Blue Man Group.  Justin Bieber will perform his new song ‘As Long As You Love Me’ with rapper Big Sean.  Justin Bieber said about his performance, “I think this performance is going to be next level. I’ve been really practicing my dance movies in the studio. It’s been great.”

Tonight’s episode: A million dollars is literally one performance away as tonight we get to see the final performances live.

The first act tonight is David Garibaldi and his CMYK’s. David is a family man, his wife is pregnant with his second child and he vows that tonight we are going to see something completely different from him, this is it.

Judges comments: Howard thought it was outstanding and would hang this piece of art in his own home. Sharon thought it was amazing, the timing was better and worth it, fantastic. Howie can’t think of a better way to start the finals, he loved it.

Tom Cotter credits where he is today thanks to his family, he has been at this for 25 years so winning the show would take his family away from having to live pay cheque to pay cheque.

Judges comments: (standing ovation) Howie says that Tom just scratched and clawed his way to the top tonight. Howard says that there are times that he wishes acts would be over tonight, but Tom always leaves him wanting for more, he thinks Tom deserves to win. Sharon thanks Tom for being there with them, because he is a very funny guy.

The Untouchables are next and their coach really believes that this is their moment.

Judges comments: Sharon gave them a standing ovation, she thought it was fantastic and loved the Tina Turner song and dance. Howie thinks they are far beyond their years, but the thing is he doesn’t know if he loves this routine as much as the last one. Howard thinks every line was perfect, nice job.

Joe Castillo is next and loves to tell stories with sand, but now the sand is writing his future. Tonight Joe is doing a tribute to the show that has changed his life.

Judges comments: Howard thinks he is terrific and remarkable, he is glad that he is in the finals. Howie is moved, he loves the inspirational stories that Joe tells, he touches Howie’s heart. Sharon would have preferred something spiritual again.

William Close has done everything in his life to lead him to this experience and tonight he has to bring his biggest performance yet with symphony of his instruments.

Judges comments: (standing ovation) Howie says that every time William steps it up, the best show he has ever seen. Sharon thinks William is a visionary and will be bigger that Cirque de Soleil. Howard thinks it was a really intelligent move on William’s part, he was upfront and in it, a million dollar performance.

The Olate Dogs are next with the most talented four legged stars. This is the first animal act to make the finals, this is huge.

Judges comments: Sharon can’t believe it, they brought another new dog, this is just pure love on the stage and she is so happy. Howard thinks they are phenomenal, he thinks they could win it, each week they come out with expertise that he has never seen before. Howie was amazed, he loved it and tells America to vote.

That’s it for the performances, who is your favourite to win tonight? Don’t forget to come back tomorrow night to find out which act is going to walk away with 1 million dollars.