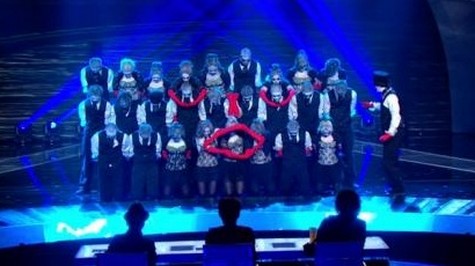 America’s Got Talent airs tonight with a whole new episode on NBC.  Tonight one of the four YouTube acts will move on to the semifinals.  Did you see the last night’s episode? If you missed it, you can read our full and detailed recap HERE.

On last night’s episode 12 talented YouTube performers took the stage to perform live in the YouTube Snapple challenge. They were competing for a chance to move on to AGT’s semifinals, putting them in the running for AGT’s coveted million-dollar prize.  The YouTube finalists had already been whittled down through an online poll, and last night’s acts represent the best or most popular that make it so far.

The last amazing act that was discovered from YouTube on America’s Got Talent in 2010 was Jackie Evancho, Billboard ranked Evancho the #1 Classical Albums Artist of 2011.

However, last night there did not seem to be another Jackie.  Althought they opened the show saying, “Tonight, the search for talent goes viral” it did not hold up to its promise.  I thought the whole thing was a total waste of time.  What did you think of last night’s performances?  Hit the comments and lets us know!

Tonight’s episode: Tonight is the results show and they have a special surprise for us, double gold medal at the Olympics, Gaby Douglas is on stage. She shares her experience going to London and winning not one medal, but two and she is also helping Nick host tonight.

Last night the top 12 acts from Youtube performed and tonight we are going to find out who makes it to the semi finals. Four of them are going to move one step closer to a million dollars. Youtube sensation Carmin is in the building and lucky us, we are going to get a glimpse into Judge Howard Stern’s day.

Joining Nick on the stage are Cast In Bronze, Reverse Order and Academy of Villians. America has voted, the act going into the semi finals is Academy of Villains.

If you are a Justin Bieber fan, you will be thrilled with AGT’s sneak peek of Justin’s new song, “As Long As You Love Me”.

Up next is a duo’s career that started online, Carmin with their hit “Broken Hearted” and “Hello”.

7 in Unison, Bria Kelly and Rudy Coby are up next, these are three very different acts and Sharon admits that she was too hard on Rudy Coby last night. The act making it through to the semi finals is Bria Kelly.

We now get to see a typical day in the life of Howard Stern, it’s off to the radio station at 5:15am, stays there until 11:30am when he heads to AGT and in the city, a couple of miles can take you hours. Howard is stuck in horrible traffic, until he gets a police escort. Arriving at his dressing room, he has a quick bite and then takes a nap before heading out on stage. Sounds awesome to me! Howard wants us to know that he doesn’t get a police escort every day, yeah right Howard!

Clint Carvahlo & His Extreme Parrots, Romeo Dance Cheetah and Drew Erwin are the last three to find out if they are going to the semi finals. The first act leaving the competition and going home is Romeo Dance Cheetah. The act moving on will be chosen by the judges. Howard chooses Clint, Sharon chooses Clint as well that means Clint Carvahlo & His Extreme Parrots make it through.

So we have four new semi finalists; Academy of Villians, Bria Kelly, The Magic of Puck and Clint Carvahlo & His Extreme Parrots.

Next week is “Wild Card” week when the judges give a second chance to an eliminated act, don’t forget to come back to CDL for all the details.