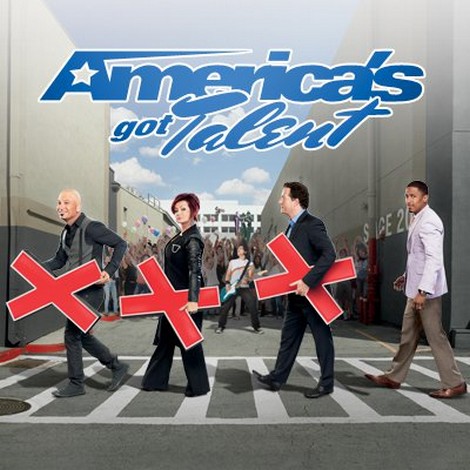 America’s Got Talent airs tonight with a whole new episode after a three week hiatus because of the London Olympics.  Twelve YouTube performers will compete to join the race for America’s Got Talent’s one-million-dollar prize!   Did you see the last episode before the break? If you missed it, you can read our full and detailed recap HERE.

On the last episode, the acts really stepped up their game and gave some awesome performances.  Moving ahead was Olate Dogs, William Close, Joe Castilo and Erica Dittelman.

On tonight’s show the 12 acts from YouTube auditions that will perform live.  The YouTube finalists have already been whittled down through an online poll, and tonight’s acts represent the best or most popular to make it this far.

Tonight’s episode: Tonight is the YouTube show and the last amazing act that was discovered from YouTube on America’s Got Talent in 2010 was Jackie Evancho, Billboard ranked Evancho the #1 Classical Albums Artist of 2011. Here are tonight’s acts:

Clint Carvahlo & His Extreme Parrots is an animal trainor and his parrots, tonight he has brought Kitten, he describes her as Evil Knievel. 150 feet above the earth, Kitten is waiting for the signal to freefall from the building and follow a path to inside the building, find Clint and land on his arm.

Judges Comments: The judges love it, Howie wants to know what else he can do and Clint promises there is more. Sharon calls him the bird whisperer. Howard declares that he is not eating bird anymore because they are too intelligent, he wants Clint to have another chance and come to show what else he’s got.

Reverse Order is from New Jersey, they are a pop/rock band and the four guys will do anything to be famous.

Judges Comments: Howard loves bands coming on the show but he thinks these guys haven’t been together long enough, he suggests they work it all out before moving on. Howie is going with his instincts, they looked like young guys acting like a rock band. Sharon thinks they all look great but suggest they decide if they want to be a pop band or a rock band.

Rudy Coby is an Illusionist from California and since he was a kid, magic has been his dream. He has previously been a designer for Marilyn Manson, when you see him on stage, he claims you will see right through his soul.

Judges Comments: Rudy gets an X from Howard and another from Sharon. Howard said there was too much stuff going on that people just didn’t care about, the end was good, but you can’t waste that much time in between. Howie did find the middle was too boring, nothing was happening, but he thinks it is unique and original, he loved it. Sharon thinks Rudy lacks timing and needs to cut to the chase, do your trick and get off. Sharon goes to tell him that he looks dark, a little like a Nazi.

7 In Unison are seven girls from California, they do all types of dance routines but they are going to perform jazz for this performance. Their choreographer is 19 years old and she wants everyone to know who they are.

Judges Comments: Howie gave them an X, he wasn’t WOWed, he was bored and believes that they should not have all been doing the same thing in line. Sharon didn’t think they did anything different from any other dance group and the song choice (Fever) was too slow. Howard thinks the audience wanted to fast forward, it is 90 seconds and it felt like 90 minutes.

Now it’s the act that got the highest number of votes, Drew Erwin from Tennessee. Football is his life, but last year he broke his hand and it ended his days in football.

Judges Comments: Sharon doesn’t think Drew has the advantage that other people have had on the show, she thinks he did very well. Howie thinks it’s really commendable that he didn’t look affected by his nerves, he has a good look but he hopes America sees it because he came off somewhat green. Howard tells him the way it is, he’s not ready for the competition yet, it’s going to be years of hard work before he makes it.

Melinda Hill is a stand-up comic that writes new material 2 hours a day. She is from California and has a lot of jokes about her mom.

Judges Comments: Howard thinks her first two jokes were great and then she lost the audience, it was the wrong material. Howie thinks tonight’s material was the wrong choice, he could hardly hear the punch lines and just didn’t think she did well. Sharon loved the beginning, but then it went down hill, it was a little bit icy.

Eric Buss is from Arizona and his father taught him how to be a goofball with visual chaos. He has put in thousands of hours building the set for this performance.

Judges Comments: Both Howard and Sharon give Eric an X. Howie was waiting for the ending, he doesn’t know if it’s a million dollar act, but he thinks he should call Chuck E Cheese tomorrow, they will love him. Howard thinks he only managed to make a mess of the stage and a colossal waste of time, he’s boring and his act is boring. Sharon thinks he is very clever, job well done.

Romeo Dance Cheetah has been performing with his air guitar his whole life.

Judges Comments: Sharon says he is really good at mime. Howard doesn’t think that air guitar is a talent, it actually looked like he was playing with himself, the whole thing is nonsense.  Howie thought it was terrible as well.

The Magic of Puck has been performing since he was six years old when his father took him to a magic show. He mostly performs on cruise shop and finds it difficult being on the road because he is married with three children.

Judges Comments: Howard has seen this kind of act before, but this guy does it well, he wants him back bigger and better next time. Howie thinks he has talent and luck because a lot of the acts tonight were disappointing, he wants him back because he’s worthy of it. Sharon liked the presentation, but wants more.

Bria Kelly is a singer from West Virginia and music means everything to her.

Judges Comments: Howard thinks it was a great job, in his opinion she is going to get the votes and wants her to continue to pick great songs. Sharon thinks she has a strong voice but wants her to try and not shout so much. Howie thinks so far tonight, she is the stand out.

Cast In Bronze wears a mask and hides his identity to showcase his music with carillon bells.

Judges Comments: He got three X’s from the judges. Sharon was very confused and didn’t like it. Howie doesn’t think it’s good for this show. Howard said if hell had a musician, he would be it; his costume is terrible and it wasn’t entertaining.

Academy of Villains is a theatre based dance group. They claim to train very hard, even until they are sick.

Judges Comments: Howard thinks they are something to be proud of, he loved they way they ripped it and thinks they will be moving ahead. Sharon finally thinks it is worth it to go through what they did tonight to get to them. Howie thinks they saved the best for last, he loved that in 90 seconds they showed so much original style.

That’s it for tonight, tomorrow night is the results night, don’t forget to come right back here to CDL for all the details.