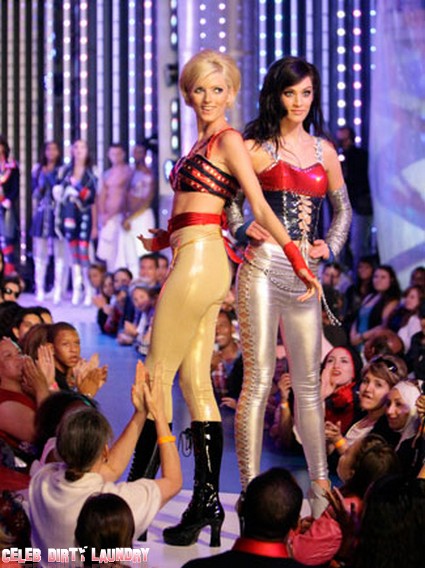 My favorite reality show America’s Next Top Model premieres tonight with Cycle 18.  In an interesting twist this season USA American hopefuls are in for a surprise when they battle it out against all-star models from Britain’s Next Top Model.   Emotions will run high and the competition will be intense as all the hopefuls, vie for the grand prize.  To see a full list and bio of all Cycle 18’s contestants – go here!

Official synopsis of tonight’s show: A FIERCE NEW CYCLE KICKS OFF WITH ITS FIRST-EVER BRITISH INVASION – Cycle 18 returns with its first-ever “British Invasion,” featuring former contestants from “Britain’s Next Top Model” and an all-new crop of American model hopefuls competing for the grand prize. The first photo shoot has the women squaring off while posing as famous British and American public figures. New judge Kelly Cutrone and Nigel Barker join guest judge Kelly Osbourne and Tyra Banks on the judges’ panel for the first elimination of the cycle.

The grand prize will be a little different this cycle, the winner should be a skilled host, singer, spokesperson and a model. The winner will receive a modeling contract with LA/NY Models, a chance to be a guest correspondent on Extra, a fashion spread in Vogue Italia and the cover and spread in Beauty In Vogue, the face of ANTM’s perfume “Dream Come True,” a single to be released with CBS and a $100,000 contract with Cover Girl cosmetics.

TONIGHT’S UPDATE: This season Tyra is setting up a battle royal the best Brit against the best yank.  This is the first every international competition.  The battle is about to win – can the US girls keep the home court advantage.  Miss J comes in and congratulates the 14 girls. He tells the contestants that it is the Americans vs the Brits. The American girls are surprised they did not know that the other girls were Brits.  The contestants are: Azmarie: US, Sophie: UK, Annaliese:UK, Kyle: US, Mariah: US,Catherine: UK , Laura: US, Ashley: UK, Jasmia: UK, Eboni: US, Seymone: US, Alisha: UK, Candace: US and Louise: UK.

Mr. Jay welcomes everyone to the very first fierce parade.  The girls are getting everyone pumped up by screaming.  The UK girls are not getting as much enthusiasm.

The US ladies are very loud and the UK models are very annoyed. The British girls would love to see the American ladies go first.  The models get to the house and they are excited they have a diner and a pool. The girls are separated the American girls in one room and the UK ladies. The US girls think there closet is too small and a British Girl Catherine comments they don’t have to worry they are not going to be there long.

The Brits thought they would spend the evening getting to know each other but the US girls go skinny dipping instead.

The next morning the ladies get Tyra mail – ‘Prepare to Clash Cultures.’

The characters they pose as:

(Catherine) Queen Elizabeth and Azmarie (George Washington)
Janet Jackson and Annaliese (Spice Girl Mel B)
Laura (Madonna) and Alisha (Elton John) – Alisha gets really upset because she feels she did not do a good job.
Sophie (Margaret Thatcher) and Seymone (Michele Obama)
Kyle (Andy Warhol) and Louise (Amy Winehouse)
Mariah (Pocahontas) and Jasmia (John Lennon)
Eboni (Jacqueline Kennedy) and Ashley (Princess Diana)  Poor Ashley does not do a good job and she is worried she is going to go home.

The UK girls were having a bit of trouble adjusting, surprising since they all have done Britain’s top model.

The girls get Tyra mail mail and they are going to panel.  When they get to panel Tyra tells the girls that just because she is an American she will not be favoring the American girls.

Tonight the guest judge is Kelly Osbourne and there is a new judge this year Kelly Cutrone.

Kelly is not thrilled with Eboni’s pose and Tyra is not crazy about Ashley pose.  Kelly loved Laura’s image but did not like her downplaying herself at all at panel.  Nigel does not see anything in Alisha’s pose – she does not look like Elton John.

Kelly did not like either Mariah or Jasmia’s pose.  Nigel does not feel Mariah committed.  Kelly is surprised because Mariah is native American and she feels she could have brought more.

They loved how Kyle did Andy Warhol but Louise’s pose was not great.  Kelly liked Louise’s photo.  Everyone loved Symone and how she wore the dress.  They thought Sophie’s did a fantastic job as Margaret Thatcher.

The judges are now deliberating and they will announce who is eliminated.

RUNNER UP FOR BEST PICTURE: KYLE