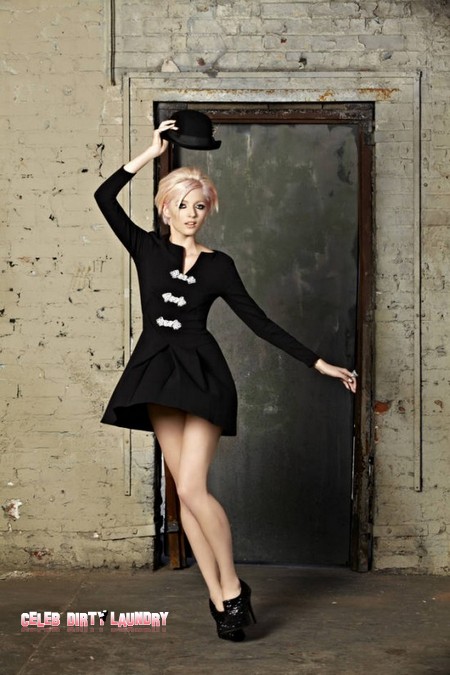 Tonight a new episode of the CW’s hit show America’s Next Top Model airs.  It is the third episode of the British Invasion and it is called ‘Cat Deeley.’   Stand by as we live blog the show with all the up-to-the-minute results.  So far one British model and one American model have been sent home.  On last week’s episode USA model Mariah, 20, from Pendleton, OR was eliminated.  If you missed last week’s episode you can read our full recap here!

So You Think You Can Dance host Cat Deeley, will be the guest judge at the final panel.  The drama is already gearing up on America’s Next Top Model Cycle 18. In the preview below of Cycle 18, Episode 3: “Cat Deeley” there is yelling, crying, and someone yelling at Kelly Cutrone. Yikes! Which model takes things too far at panel? Watch the preview to find out!

On this week’s episode the models create and ad campaign which includes casting, wardrobe, providing props and hair and make-up. During the challenge, the models are mentored by Kelly Cutrone, who intimidates some of the women. At the photo shoot for the campaign, some of the models cannot handle the critique and start to break down. One model in particular clashes with Kelly and walks off the judging panel. Kelly Cutrone and Nigel Barker join guest judge Cat Deeley and Tyra Banks on the judges’ panel for elimination.

We will be live blogging tonight’s episode with all the up-to-the-minute details. So come back at 9PM EST and spend the evening with us. Make sure to refresh often to get the latest updates! While you wait for the recap, you can check out the sneak peek video of tonight’s episode below!

They meet with Kelly to put their super powers to work.  They arrive at a huge warehouse and Kelly is there.  She tells them they have to know every aspect of the model industry.  They have to create an ad campaign for very.com  the theme is love and luxury.  They are split in two teams the British team and the US team.  They will have to do everything for the photo-shoot and it is due tomorrow.  The British team wants Annaliese to be leader.  USA wants AzMarie as leader.

Sophie tells the girls on the Brit team they can do it.  Kelly felt Annaliese was confused and not fierce.  The British girls decided to go for a 60 mod theme.  Kelly tells Annaliese she hopes she can get it together.

The USA is going for London Punk as a theme.  Kelly meets with AzMarie and she tells her she is making a mistake.  The American team collectively went over everything together.

The UK team is all over the place – they are surprised they though Annaliese was a leader and learned she is not.

The Models meet with Mr. Jay and he tells the girls they are in the driver seat.  Mr. Jay is not wowed by the British ad campaign.  Annaliesse was all over the page.  Kelly thinks Louise has the worst attitude of any of the girls in the competition.  Mr. Jay congratulates Louise because she pulled it together so fast.

The UK team is all over the place – they are surprised they though Annaliese was a leader and learned she is not.

The Models meet with Mr. Jay and he tells the girls they are in the driver seat.  Mr. Jay is not wowed by the British ad campaign.  Annaliesse was all over the page.  Kelly thinks Louise has the worst attitude of any of the girls in the competition.  Mr. Jay congratulates Louise because she pulled it together so fast.

Louise comes up and Kelly tells Louise that she was very rude to her.  Louise tells Kelly she was rude to her.  Nigel tells Louise she looks mean. I think they were unfair – she is a good model and takes stunning pictures. Louise gets mad and leaves. She tells the girls that she wants to go home.  She says that if she met Kelly on the street she would punch her out.  I think that is it for her – with that comment there is no way they are letting her come back.  I think they were really mean to her – what do you think?

Candane, Eboni, Ashley and Alisha are in the bottom and the judges decided to keep everyone because they can take criticism – clearly another crack at Louise.

I have to say this was one of the worst ANTM episodes I have ever seen.  The concepts/photoshoot were silly – the superpower theme childish.  I am also not liking Kelly as a judge – she is downright mean.  I don’t care if she is a publicist there is a way to talk to people and she does not know how to do it.

What are your thoughts?  Sound out in the comments below!