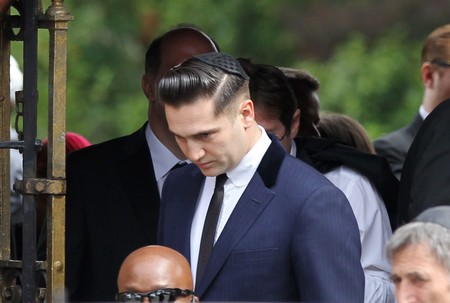 It seems Amy Winehouse’s former boyfriend is in a lot of trouble. Director Reg Traviss, was dating the troubled singer at the time of her not-so-shocking death in July 2011. Fast forward several months and on April 5, 2012 Reg was arrested by London Metropolitan Police and charged with two counts of rape.

Rebecca Mundy, a lawyer for the Crown Prosecution Service, said: “I have authorised the Metropolitan Police to charge Reginald Traviss with two counts of rape. The alleged offences took place between 29 December 2011 and 1 January 2012.  The decision was taken in accordance with the Code for Crown Prosecutors.”

Reg is said to be absolutely shocked by the allegations that have clouded his name.  The sexual assault was first reported to police on January 18, 2012 and Reg does know the woman who has made the allegations against him.

“He does know the woman who made the report to police and he completely denies the allegation.  He wants to do everything in his power to fight this.” says a friend of Regs’.

The director is scheduled to appear at Westminster Magistrates’ Court on July 17.

What are your thoughts on this story?  I know Reg is innocent until proven guilty but we also know that Amy didn’t exactly gravitate towards innocent choir boy-types either.  What is your gut telling you on this one?  Let us know in the comments below!