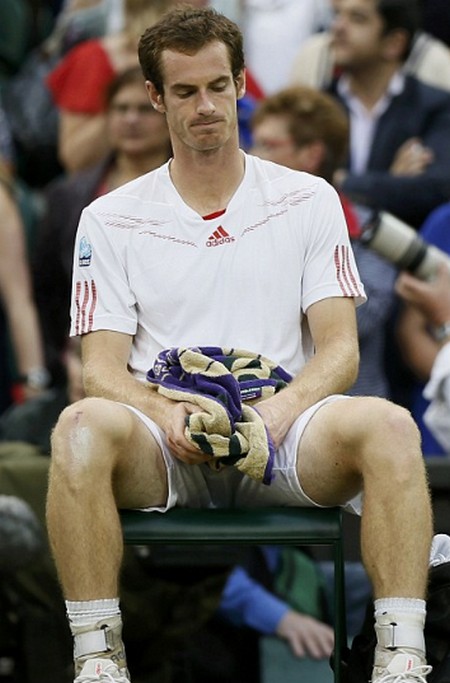 All of Britain was cheering for Andy Murray, but I found myself hoping Roger Federer would win the Wimbledon singles title.  And he did, although Murray put up a good fight. The match was not a cakewalk for Federer after a first set loss to the Brit, giving Andy the best possible start.

But after some really great tennis, it was Murray’s reaction to the Grand Slam loss that is the lasting memory. At the end, the contrast between the two men could not be greater. Overcome with what could pass for emotion after losing in front of an adoring local crowd, but what seemed more like the tantrum of a spoiled 5-year old, a crying Murray did not have the grace, the emotional maturity, to acknowledge the champion but instead took a swipe at Roger, mentioning Federer’s age, of course.

While an exultant but calm Roger graciously accepted his trophy (only Pete Sampras could equal this – 7 men’s singles wins at Wimbledon) Murray sulked off the court handing his trophy to some lackey. This is not what makes a champion and I was glad he lost. I’ve seen Federer win with grace and lose like a man. Like a sportsman!

Click on the thumbnails above to enlarge arriving at Wimbledon for the Mens Semi-Final between Andy Murray and Jo-Wilfried Tsonga in London, England on July 6, 2012.